The Chinese tech giant is enjoying surging demand for its popular mobile games.

Shares of Chinese online services company NetEase (NTES -1.77%) have gained nearly 50% in value since the beginning of the year, according to data provided by S&P Global Market Intelligence, fueled by the torrid growth of China's video game market. 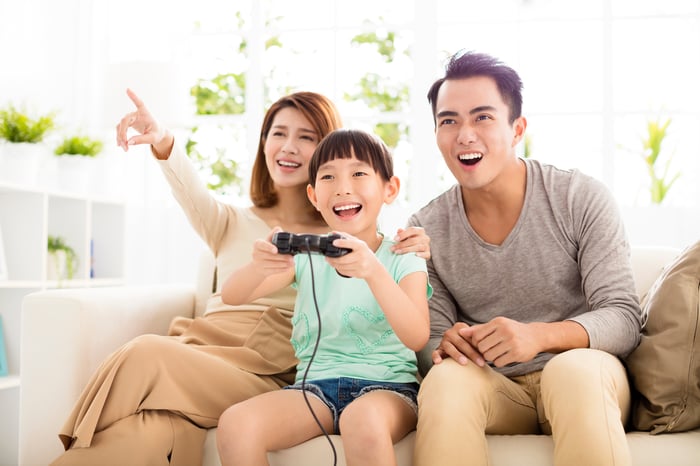 NetEase got off to a fast start in 2017, popping 20% in February on the heels of a strong fourth-quarter earnings report that revealed a 53% year-over-year revenue leap to 12.099 billion Chinese renminbi (RMB), or roughly $1.74 billion. Adjusted net income rose an even more impressive 68%, to $4.30 per diluted American depositary share (ADS), prompting NetEase's board of directors to approve a nearly 30% increase in its quarterly dividend.

The tech company followed that up with solid first-quarter results in May, including 72% revenue growth in local currency and a 63% jump in adjusted net income -- both of which handily beat Wall Street's expectations.

The Chinese video game industry is expected to generate $27.5 billion in sales in 2017, according to market intelligence company Newzoo, and is forecast to grow to nearly $34 billion by 2020. NetEase is positioning itself to capture the lion's share of this massive market by aggressively rolling out new games -- it released 40 new mobile titles in 2016 alone.

The stock has been a star performer, delivering gains of more than 1,000% over the past decade. Yet even after that blistering growth, NetEase's shares still trade today at a forward P/E of only 17.5  -- an attractive valuation for a business projected to grow earnings at an annualized rate of more than 30%  over the next half decade. At these levels, it appears that plenty of upside remains in NetEase's shares, and this Chinese video game titan looks poised to reward investors in the years ahead.