Ionis Pharmaceuticals (NASDAQ:IONS) reported second-quarter earnings earlier this week and then followed up on Friday with a disclosure that it's getting full rights back to two of its drugs, inotersen and IONIS-FB-LRx, after GlaxoSmithKline (NYSE:GSK) decided not to license them. 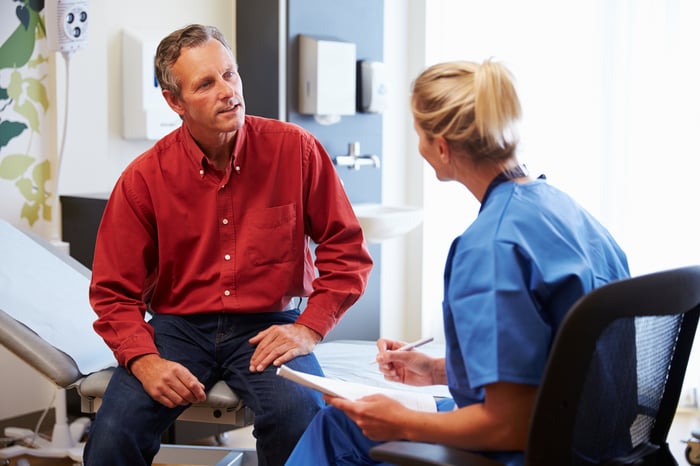 On the call, before GlaxoSmithKline (GSK) made its decision about inotersen, Stanley Crooke, Ionis' chairman, CEO, and president didn't sound too worried about the potential for the big pharma to pass:

"Obviously, GSK is going through quite meaningful transition. So we are prepared for whichever decision GSK makes, and in fact, we'd be delighted, absolutely delighted to have inotersen back if that were their decision."

"In the end, there's certainly room for more than one drug in the treatment of TTR amyloidosis, and we're confident that the profile of inotersen is significantly more attractive than our competitor. We think that the ease of use and the easy monitoring for the well-identified potential adverse events and the extraordinary efficacy we saw and the fact that we achieved both improvement in the NIS+7 and multiple components and substantial improvement in quality of life, again, in multiple components will make this drug an extremely attractive drug to practitioners."

Finally, Crooke points to the 80% or so run-up in Akcea's share price since its IPO as a sign that Ionis' strategy of creating commercial subsidiaries focused on a therapeutic area can create value:

"This really is an opportunity for one plus one to equal substantially more than two."

After the stellar quarter for Spinraza, management increased guidance significantly and now expects pro forma operating income around $55 million and to end the year with cash of more than $950 million. Previous guidance was just to be "breakeven or profitable" with a year-end balance of over $825 million.

In addition to the potential approvals of volanesorsen and inotersen next year, investors will get to see plenty of earlier-stage pipeline data in the coming months with phase 1 or phase 2 results from nine drugs expected soon.