As if Apple (NASDAQ:AAPL) didn't have enough to worry about with its upcoming iPhone launch next month.

For the past year or more (probably more), the Mac maker has been trying its darnedest to balance all of the moving parts within its supply chain with its dream of shipping a 10th-generation iPhone that includes both an OLED display and 3D sensing capabilities. The latter carries important implications for the future of biometrics and augmented reality (AR).

Over the course of the past week, a new risk factor has emerged: President Trump's saber rattling. 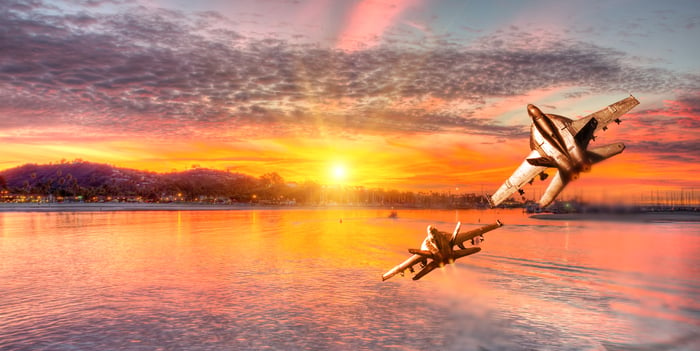 North Korea has been a delicate geopolitical situation for decades, with numerous U.S. presidents struggling with how to approach foreign policy with the Hermit Kingdom. Yet this last week has seen tensions escalate to new highs, following North Korea's successful test of an intercontinental ballistic missile (ICBM) in July and subsequent reports that the country has been able to miniaturize a nuclear warhead to affix atop said ICBMs.

Trump's predecessors, both Republican and Democratic, understood not to take North Korea's rhetoric all that seriously, and that it all played into a larger strategy of deterrence. In contrast, Trump appears to be taking North Korea's threats at face value, and reciprocating in kind. His recent comments that the U.S. will respond with "fire and fury," which only further escalated the situation, were reportedly completely improvised and directly undermined the position that White House and State Department aides were attempting to take in an effort to diffuse the situation. Our Tweeter in Chief then proceeded to tweet these (inaccurate) missives:

My first order as President was to renovate and modernize our nuclear arsenal. It is now far stronger and more powerful than ever before....

...Hopefully we will never have to use this power, but there will never be a time that we are not the most powerful nation in the world!

This could be crippling

It goes without saying that the stock market, in general, does not like war. War creates incredible uncertainty that drives investors away, seeking safety and capital preservation in fearful times. For Apple specifically, not only is its supply chain heavily concentrated in Asia, but one of its most important suppliers is based in South Korea: Samsung.

Samsung, whose manufacturing facilities are located just south of Seoul, is reportedly the sole supplier of OLED displays for the forthcoming iPhone 8. On top of that, the South Korean conglomerate supplies a wide range of components to the Cupertino company -- everything from NAND flash to DRAM memory to A-series processors (most of these are actually made in Texas). LG Display, also based in South Korea, is another critical supplier for traditional LCD displays.

If you look at Apple's supplier list for 2016, you'll find 29 addresses for supplier facilities located in South Korea, owned or operated by companies like 3M, Advanced Semiconductor Engineering, and ON Semiconductor, among others. If you expand to China, which would inevitably be entangled as well, there are another 354 addresses listed. Any conflict on the Korean peninsula could threaten Apple's entire supply chain, which could potentially cripple sales. This list is not comprehensive, and only includes Apple's top 200 suppliers.

Imagine that war breaks out, and Apple cannot produce any iPhones, iPads, or Macs because conflict is engulfing its supply chain. What then?