The tech sector  as a whole is up 27% in 2017. The only space that has performed better is the financial sector, which is up 29%, and no other group of stocks has come even close to matching those performances so far this year.

But those gains haven't been shared by all technology stocks, and there are still a few bargains to be had for investors with an eye toward the future. Three of them are IBM (NYSE:IBM), HP (NYSE:HPQ), and Intel (NASDAQ: INTC), and another thing they offer beyond their relatively low valuations are some of the industry's best dividend yields. 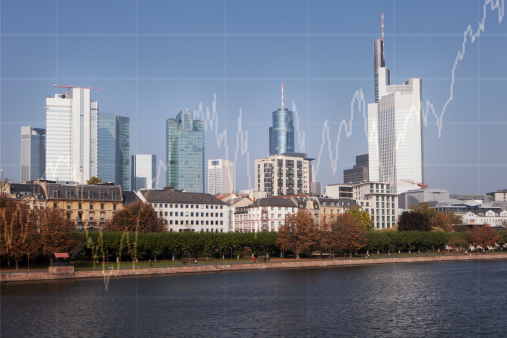 In late  February, IBM's stock price was up in the $181-a-share range. At the time, it appeared investors were less concerned with IBM's 5-year streak of total revenue declines -- which has since become a five-and-a-quarter-year streak -- and more interested in the performance of its strategic imperatives businesses.

As it stands now, IBM stock is around the $140-a-share range, and that drop in valuation has made it one of the cheapest stocks in tech. Trading at just 10 times forward earnings estimates, and below the tech industry's average price-to-sales ratio, it's at bargain basement levels. But does IBM, with its 4.25% dividend yield, warrant consideration from value investors? Yes, it does.

Total sales dropped  5% to $19.3 billion last quarter. However, strategic imperatives revenue climbed 5% to $8.8 billion, led by a 15% jump in cloud sales to $3.9 billion. The combined units -- which include the cloud, cognitive computing analytics, data security, and mobile -- now account for 46% of total sales, a percentage that continues to grow with each  quarter.

One glaring difference between HP and the other two stocks in this trio is that its stock is up 30% so far this year, while the others are either flat to down. But while you might think that would exclude HP from a list of cheap stocks,  nothing could be further from the truth.

HP remains one of the cheapest  stocks in tech by virtually every valuation measure, due largely to the dire predictions for the PC industry. For example, global PC sales declined in the second  quarter by 4.3%. But CEO Dion Weisler's strategy of targeting niche markets -- such as the virtual reality (VR) gamers it created its new-ish OMEN machine for -- helped HP buck the downward trend again.

HP's second-quarter PC sales rose 3.3% to 12.69 million units, widening its world-leading share of the market to 20.8%. HP's total sales rose 7% last quarter  to $12.4 billion, and the PC unit's $7.7 billion was an 11% gain. Even its beleaguered printing unit is benefiting from Weisler's targeted sales strategy. The unit returned to growth, albeit 2%, which is a remarkable turnaround in such a short time. And the stock's current 2.75% dividend yield is nothing to sneeze at, either.

Impatience has led to value

Like others leaders in the tech world, Intel CEO Brian Krzanich has refocused his company on fast-growing markets including cloud data centers, the Internet of Things (IoT), virtual reality, and memory storage solutions, all of which performed admirably again last quarter. Unfortunately -- or fortunately for value and income investors -- Intel's share price is still suffering due to the same anti-PC market sentiment that is holding back HP.

Since it posted yet another record quarter  of $14.8 billion late last month, Intel stock is up 4%, which makes it about level for the year. Outside of Intel's smallish programmable solutions business, each of its four other units grew last quarter, led by a 58% rise in memory sales to $874 million, and a smaller but still impressive 26% increase in IoT revenue to $720 million.

Data center revenue climbed a more modest 9% to $4.4 billion, a nice improvement over the prior quarter. As for its sales into the "dying" PC market, Intel reported a 12% jump in revenue to $8.2 billion.

Intel is woefully undervalued compared to its peers, is reducing expenses, and pays shareholders a dividend currently yielding 3%, which will help them bide their time as it gathers momentum during its transformation.