J.C. Penney (OTC:JCPN.Q) is getting closer to having its stock price mirror its moniker. Shares of the struggling department store chain plummeted 28% last week after posting another problematic financial report. The stock would go on to hit fresh all-time lows on Friday.

The retailer's fiscal second quarter was a mixed bag, but even the positive is a bit of a downer. Net sales increased 1.5% to hit $2.96 billion, better than the $2.84 billion that analysts were targeting, but it was helped by the aggressive inventory liquidation and closure of 127 stores. It's easy to sell things for pennies on the dollar, but margin gets creamed in that scenario. J.C. Penney's adjusted loss of $0.09 a share was nearly double the deficit that it recorded a year earlier. Wall Street pros were also expecting just $0.05 a share in red ink.

Going-out-business sales also cannibalize surviving neighboring stores, but it's not as if J.C. Penney is at the top of shopping lists these days. Comparable-store sales declined 1.3% for the period. 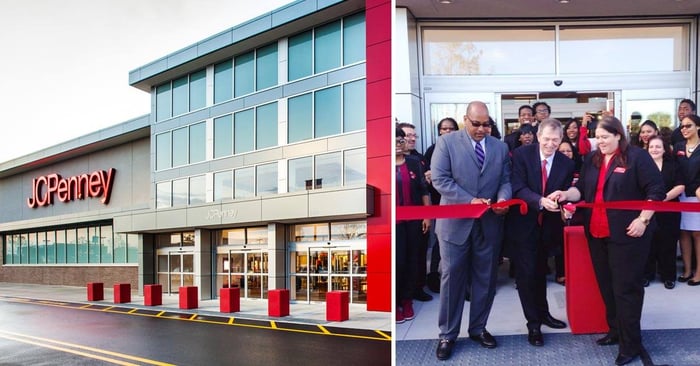 It's a burning sensation

Earnings season has proven hazardous to J.C. Penney shareholders. The stock plunged 17% the week it posted fiscal first-quarter results three months ago, and last week's drop was even worse. The chain points out that comps are still positive on a two-year basis, but that's only because the results were awful two years ago.

There are some positives in the report. Inventory levels are down at the store level. J.C. Penney still sees flat comps for the entire fiscal year. The retailer continues to shave some expenses, and it still expects adjusted earnings per share to clock in between $0.40 and $0.65 for the 2017 fiscal year despite a rise in cost of goods sold.

Obviously the bears got the better of the bulls last week. J.C. Penney's turnaround is taking too long, and it didn't help that a few of its peers also chimed in with rough reports. Omar Saad at Evercore ISI is throwing in the towel, liquidating his firm's 1.3% position in J.C. Penney in its model portfolio. Saad feels that the chain's cost-shaving initiatives are weighing on its operations and that asset sales are not a sustainable solution.

Last week's plunge may seem like an overreaction to a report that had some positives. Comps also stabilized in July. However, J.C. Penney remains a troubled player in an equally troubled industry. Bidding up the stock ahead of an actual turnaround doesn't seem likely for now.