After giving a preview of second quarter results last month, shares of beleaguered retailer Target (NYSE:TGT) have bounced off of multi-year lows. The finalized report is due out on Wednesday, August 16, before the market opens. Ahead of the release, here are some points to bear in mind. 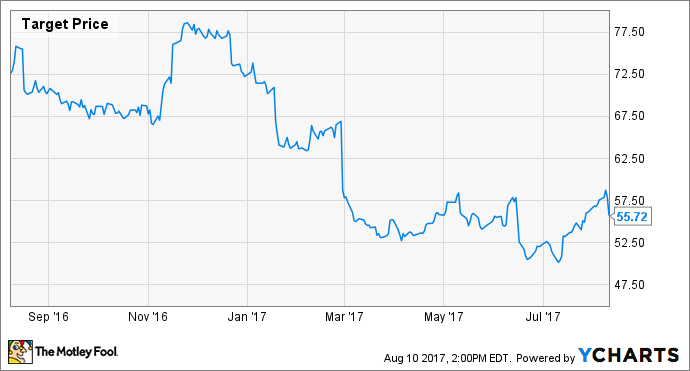 It's all about the numbers

Target is just beginning to execute on a new strategy to fight the tidal shift to online shopping. Early this year, the big-box store unveiled a multi-year and multi-billion dollar plan to up its digital presence, get more competitive on price, and release new exclusive brands in the areas of apparel and home.

Though still early on in its new game plan, on July 13 the company gave a positive revision to its second quarter guidance. Management said that due to improving traffic trends, it expects same-store comparable sales to be positive. Previous guidance was for a low single-digit drop.

As a result, the company now expects the bottom line to come in above the high end of guidance, which was stated at $0.95 to $1.15. Curb some enthusiasm, though, as there were a few weeks left in the quarter after the preview, including a best-ever Amazon (NASDAQ: AMZN) Prime Day sale.

Investors will also want to see what led to the positive comps. In recent years, the company has been offsetting falling in-store traffic with double digit online growth. A best case scenario would be both sides of the business posting improvement. In light of the updated guidance, expectations are for in-store traffic to at least not drop as much as it has been.

The numbers will, of course, justify the next direction share prices take, but of equal importance for investors to pay attention to will be updates on the other aspects of the retailer's new strategy.

Chief among them is the release of new exclusive brands, which could help drive consumer interest and help offset price reductions Target plans to implement on products that aren't exclusive. Back in May, the company launched the Cloud Island baby décor brand. Baby products have been an area of strength for Target, so the company's strategy at first glance looks like it will be doubling down on where it already leads. Expect the launch of a total of 12 exclusive lines through 2018.

Also on your radar should be, updates on Target Restock, a same-day delivery on essential items that was launched in the company's hometown, Minnesota. If all goes well, expect this service to expand to more markets to keep stride with Amazon's same-day delivery program. 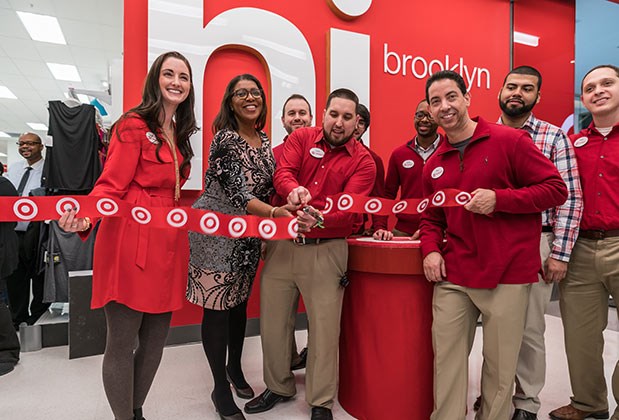 One more long-term strategy to watch is Target's new store formats and remodels. Over 1,800 stores are in operation, so new openings aren't part of the growth motif, but new small format stores aimed at college campuses and dense urban markets like Manhattan are being tested. Remodels are also underway, and in the works is another store concept that has two entrances -- one for quick grocery and other essential item pickups, and another for the shopper who wants to linger in the store a bit longer.

Target stock has been on a wild ride as it deals with the blows dealt it by shifting retail preferences. As of late, good news has replaced the bad, but expect the wild ride to continue as the chain of big-box stores tries to reinvent itself in the years ahead.

In short, don't be surprised if the stock decides to go wild again next week.