Wall Street hates it, and so do short-sellers, but I love Fitbit (NYSE:FIT) stock at current levels.

At just over $6 a share, not only is the stock cheap compared to its historical levels -- the 52-week range has bounced between $4.90 and $17.18 as of this writing -- but it's also trading with a huge anchor. According to Yahoo! Finance, over 26% of the Fitbit shares available to trade (i.e., the "float") are sold short. Bearish investors are overwhelmingly betting against the stock. Here are three reasons I think they're wrong. 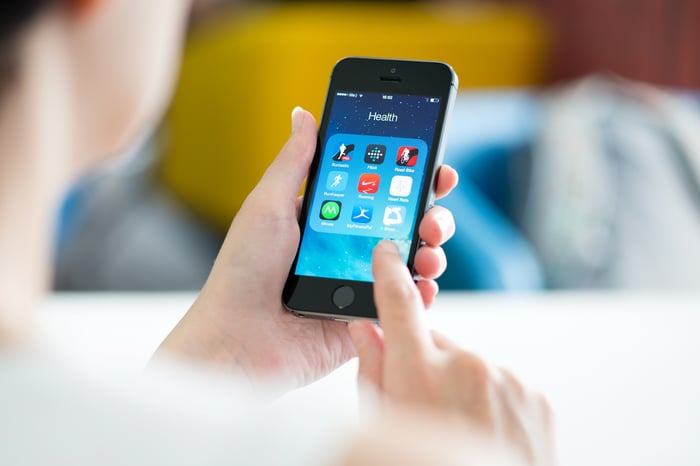 Fitbit is squeezing its way into a crowded market of health and fitness apps.

Almost half of Fitbit's $1.38 billion in market value is denominated in cash on the balance sheet: $675.8 million as of the latest quarter, according to S&P Global Market Intelligence. That's more than enough to account for the company's current cash burn, which is on track to be no more than $80 million during the year to account for investments necessary to turn the business around and restore growth.

Chief Financial Officer William Zerella offered this in comments prepared for the second-quarter earnings call, which were transcribed and provided by S&P Global Market Intelligence:

As [CEO] James [Park] indicated, we believe we remain in the early innings of the growth trajectory in wearables. And as such, we want to maintain balance sheet flexibility to invest to drive growth, both organically and organically. We will pursue M&A opportunities with a focus on accelerating our growth trajectory and acquiring talent to continue to scale our business.

The point? So long as there's cash, there's hope, and Fitbit won't be idle.

Everyone already knows how bad it will be

Short-sellers are betting the Fitbit story can still get worse, but I don't see how. Just look at the Q2 results and full-year outlook:

With those sorts of results, you'd expect the stock to take a beating, and it has, down 62% over the trailing 12 months. Yet here's the thing: Despite all of this bad news, the underlying business is actually improving. Operating expenses fell in Q2. Gross margin and average selling prices rose. Presuming this operational belt-tightening continues to have an effect while Fitbit uses cash on hand to fund its entry into the smartwatch category later this year, I find it likely that one or more suitors will come calling with a fat offer to acquire the company's cash and assets at a fair premium. Even rumors of a buyout could frighten short-sellers and send the stock careening back toward its 52-week high.

To be fair, Fitbit may as well be betting the company on its smartwatch, and that may not work out given intense competition from the likes of Samsung and Apple (NASDAQ:AAPL), which led the wearables market in the first quarter with 3.6 million Apple watches shipped, a 64% year-over-year increase and good enough for a 14.6% share of the overall market, IDC reports.

"The launch of our smartwatch is on track. And it will be available for the holiday season. We believe it is a well-positioned product to tackle and gain share in this $10 billion-plus addressable market," he said in the Q2 earnings call. "And we have a firm vision for the future. Devices are a means to an end. Leveraging our brand, community and data, Fitbit is in the business of driving positive health outcomes."

So yes, Fitbit is struggling right now. The stock could continue to take a beating through 2017, and even into 2018. But the current price assumes so much pain the company need show only a modicum of progress before short-sellers cover their bets, sending the stock soaring again. And that day could come sooner than you think. Says Ramon Llamas, research manager for IDC's Wearables team, in the report:

By no means should Fitbit be removed from the wearables conversation. With a user base of 50 million, a strong presence within corporate wellness, and assets that keep it top of mind for digital health, Fitbit is well positioned to move into new segments and markets.

And reward today's investors in the process.