No part of the 3-D printing industry has witnessed more interest than metal 3-D printing. Then again, that's what happens when behemoths like General Electric move in. The digital industrial conglomerate has already begun using additive manufacturing to create complex parts for jet turbines and its diesel locomotives. It has partnered with metal alloy specialist Allegheny Technologies Inc. to develop meltless titanium powders for 3-D printers.

And, importantly, it has also joined a formidable group of industry leaders to invest in one of the hottest start-ups in additive manufacturing: Desktop Metal. The company has developed a new metal printing technology and printers that go along with it. In fact, the new manufacturing process was created by the inventors of binder jetting, which is the current industry-leading process deployed by ExOne (NASDAQ:XONE).

It may not be what shareholders want to hear, but Desktop Metal is one company that could eat ExOne's lunch. 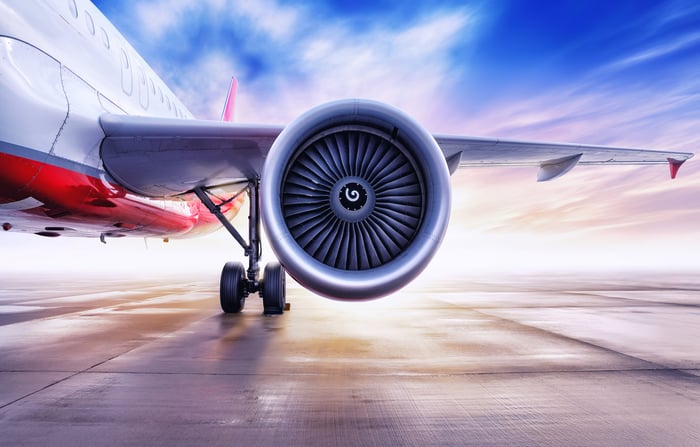 The start-up raised $115 million in its last fundraising round from the likes of GE Ventures, Stratasys, and Google Ventures, which may have pushed its total valuation above $1 billion. If true, that's right up there with the market caps of Stratasys and 3D Systems Corporation. It's also well ahead of ExOne, which is valued at just $150 million.

Of course, start-up valuations are initially driven by equity stakes, not financial metrics. That means Desktop Metal will need to grow into its valuation, whether it currently tops the unicorn threshold or not. It's looking to use its fresh capital to do just that -- and quickly.

Desktop Metal is rolling out the DM Studio System, perfect for smaller shops or even offices, in the fourth quarter of 2017. The machine will cost $120,000.

But the DM Production System is the real market mover. Expected to launch in 2018, the machine is geared for large-scale industrial purposes. It's the real reason General Electric and Stratasys are interested in Desktop Metal in the first place. Why? It promises to deliver the technological leap needed to take metal 3-D printing to the next level.

The system uses a process called single pass jetting, or SPJ, which is 100x faster at 20x lower cost than metal 3-D printing systems used today. Better yet, it delivers the same cost whether you're making one part of 100,000 parts. While it promises to challenge technologies from Stratasys and 3D Systems, it may be enough to seal the fate of ExOne, which is already struggling. 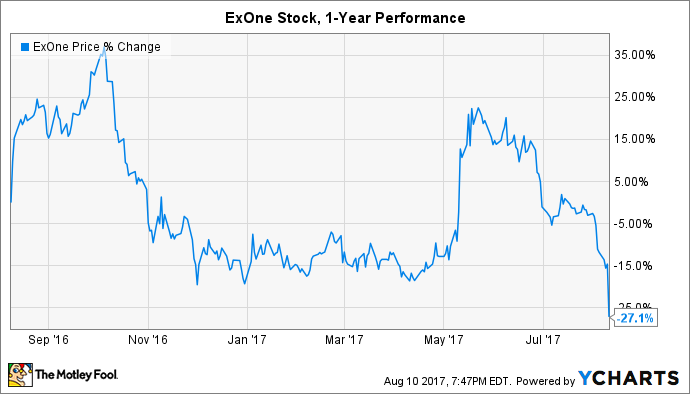 Before the release of second-quarter 2017 earnings, investors already knew it was going to take some time before ExOne ever made money. But if it continued growing revenue at a 25% clip each year and maintained current gross margin, then it would have a real shot at profitability by 2020.

Those hopes may have been dashed, however. ExOne struggled in the second quarter of 2017 and still suffered from lumpy revenue thanks to the timing of selling big, expensive 3-D printers.

Management only decided to lower revenue guidance from the previous expectation of "at least 25% year-over-year growth" to a new range of 20% to 25% growth. That may be possible if the company sells a few extra machines in the second half of the year, but Mr. Market seems to be losing patience. The stock has lost all momentum gained earlier this spring.

Now that Desktop Metal is gearing to launch an improved process created by the inventors of the binder jetting technology used by ExOne, the momentum may be gone for good.

As ExOne investors can attest, selling metal 3-D printers is not an easy business. That hints Desktop Metal will face its own hardships as it begins commercializing its technology (it won't come cheap). However, the huge change in capabilities and deliverables that matter -- speed and cost -- is not good news for ExOne. While the technologies offered have similarities, the market will eventually move to the one sold at the lowest cost that offers the highest quality. That belongs to Desktop Metal at the moment.