Armed with $212 million in total funding, this start-up is aiming to upend traditional metal manufacturing.

The new haul brings the Boston-area start-up's total raise to a phenomenal $212 million -- slightly shy of the $222 million raised by start-up Carbon, which is focused on the polymer 3D printing space. The two start-ups have more in common that aiming to upend traditional manufacturing: Both recently were included on MIT Technology Review's list of the 50 smartest companies in the world for 2017.

3D printing bigwig Stratasys (SSYS 3.09%), in a prescient move, was an early investor in Desktop Metal, which is shaping up to be a formidable competitor to the industry's other large player, 3D Systems (DDD 5.44%). 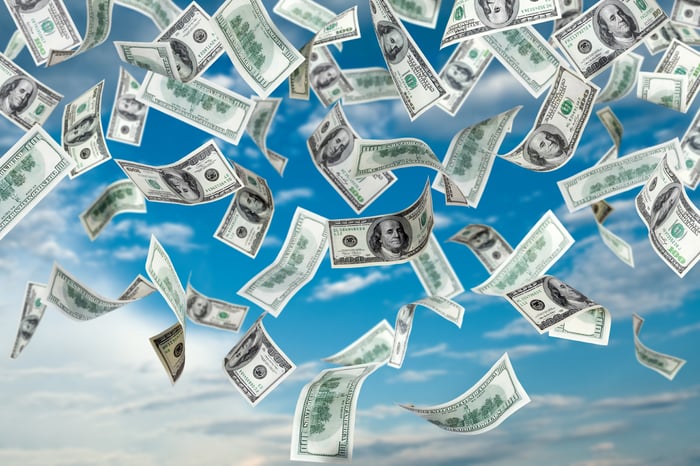 Desktop Metal was founded in 2015 by a group of folks with ties to technological powerhouse Massachusetts Institute of Technology (MIT) with the goal of expanding the use of 3D printing in metals. The company's two 3D printing systems unveiled in April reportedly address key hurdles that have been holding the tech back from making greater inroads into prototyping and production applications: prohibitive costs, slow speeds, and -- for prototyping systems -- lack of suitability for offices.

The DM Studio System is priced at $120,000 -- which the company touts is up to 10 times cheaper than comparable laser-based systems -- and is scheduled to start shipping in the fall. The DM Production System, which will have a $420,000 price tag, is expected to be available in 2018. The company claims it's 100 times faster and up to 20 times more cost-effective than today's laser-powered metal 3D printers. Both printers use proprietary technology; 30 materials are available, according to the company's website. 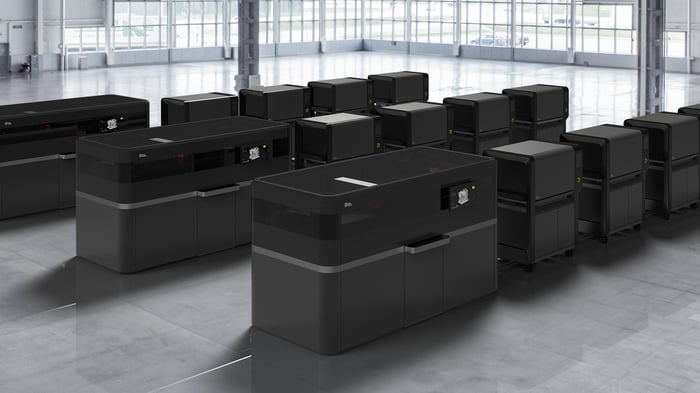 An additional $115 million in funding should go a long way toward helping Desktop Metal accelerate its business growth. So it's just become a potentially even more powerful competitor to 3D Systems, which makes laser-based metal 3D printers, and other companies involved in the metal 3D printing market.

Stratasys doesn't make metal 3D printers, but it offers metal 3D printing in its service business, as does 3D Systems. These service businesses could be hurt by the entrance of Desktop Metal into the market. If metal 3D printers become more affordable and speedier, it seems likely that some companies that previously used metal 3D printing services will buy their own systems. The net effect for Stratasys remains to be seen. Stratasys was an early investor in Desktop Metal, so it stands to profit if the start-up is successful. Moreover, the two companies recently formed a strategic partnership that entails Stratasys' distributors selling the start-up's products.

Given Desktop Metal's massive funding, it's not surprising that it was reported by Axios that the company's valuation is "north of $1 billion." So investors in Stratasys and 3D Systems shouldn't entertain the possibility of either company acquiring Desktop Metal. Deep-pocketed GE, however, could come a-courtin'. Late last year, the industrial giant entered the 3D printing business by anteing up more than $1 billion to acquire controlling stakes in two European metal 3D printer makers.