With frequent reports of declining mall traffic, aggressive store closures, and disappointing earnings numbers, it seems that no company is immune to the wrath of Amazon (NASDAQ:AMZN). Even grocery retailers and auto part stores -- two businesses that were once believed to be protected from online retail -- are starting to be threatened. However, while Amazon is indeed making life difficult for traditional brick-and-mortar retailers, one business is thriving as online shopping picks up steam.

During its most recent quarter, Shopify Inc (NYSE:SHOP) grew revenue 75% over the prior year. In the past year, its stock price has grown 160%. The incredible part of Shopify's story is that it's become successful by serving customers that would appear to be most vulnerable to Amazon, small and medium-sized retailers.

Shopify provides a cloud-based e-commerce platform which helps retailers sell goods and services online, on social media, or through traditional in person channels. Shopify's service can help its customers create online stores, manage inventory and customer data, accept credit cards, and even assist with logistics. Today, Shopify sports over 1 million active users while 500,000 merchants have used the platform to sell over $40 billion worth of goods and services.

A partner rather than a competitor

With 43% of all online retail sales going through Amazon, it's difficult to imagine a scenario where other retailers will be able to compete against the 800-pound e-commerce gorilla. Many manufacturers and retailers are combining forces with Amazon rather than try to compete with them. For example, Nike recently announced a partnership where it will sell some of its products directly on Amazon's platform.

Smaller merchants and third-party merchants are also able to sell on Amazon through Amazon Marketplace. In fact, third-party sales account for nearly 50% of units purchased on Amazon. Shopify plays an important role in helping those merchants do well on Amazon. In 2015, Amazon shut down Webstore -- its e-commerce platform -- and named Shopify its preferred Webstore alternative. Today, Shopify helps merchants sync their Shopify stores to Amazon while simplifying inventory management from multiple sales channels. 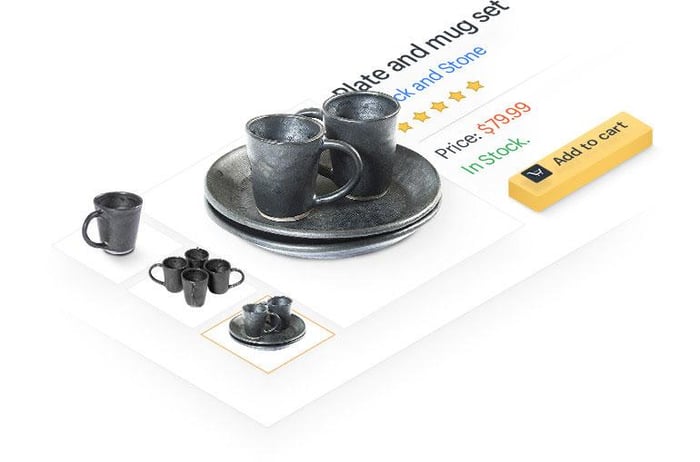 To become a preferred partner to what was once a competing service by Amazon is an enormous feat that speaks volumes to the power of Shopify's platform. However, it isn't the only partnership that benefits Shopify. Shopify is also behind the 'Buy It' button on Pinterest. More recently, the company announced a partnership with eBay where Shopify merchants can get their products in front of 169 million eBay buyers. Merchants will also be able to manage eBay orders, inventory, and communications with eBay shoppers.

With projected 2017 revenue of about $645 million and an estimated addressable market of $57 billion, Shopify has plenty of room to grow. An addressable market of that size may seem aggressive but the company is finding success beyond small and medium-sized merchants. With Shopify Plus, the company is attacking the enterprise market and it is finding success. According to Shopify management, companies that launched stores on Shopify in Q2 include Visa, Frito-Lay, Jones New York, BuzzFeed, Canadian Tire, and The New York Times. On the Q2 earnings call, CFO Russ Jones expressed confidence the company's market opportunity will continue to grow:

I think it's clear and it's been clear for a while that even though we talk about sort of the SMB side as a very large and big market that really with the platform, the fact that we can stretch up and pick up a number of these larger brands, and now with a number of things that we've been doing also pick up a lot of these brand-new entrepreneurs, both in our core markets and now beyond those core markets, I think, shows that that addressable market continues to get larger and larger. And in fact, I would say to a large degree, Shopify is actually increasing the size of the pie.

Between hitting the 500,000 merchant milestone, developing strong partnerships with e-commerce giants, and becoming more appealing to enterprise customers, Shopify is defying the odds and showing investors that Amazon isn't the only way to play the trend toward online shopping.