Shares of Advance Auto Parts (NYSE:AAP), one of the industry's leading retailers of aftermarket automotive parts, tools, and accessories for the do-it-yourself (DIY) consumer, are spiraling 22% lower as of 10:45 a.m. EDT after the company released second-quarter results that had investors jumping ship.

Considering Advance Auto Parts' 22% plunge Tuesday morning, you might expect a more drastic top and bottom-line decline than what's been reported. Advance's top-line revenue checked in at $2.26 billion, which was right on point with analysts' estimates, and its adjusted earnings per share checked in at $1.58, which missed analyst expectations for $1.65 per share -- but not the type of miss you'd expect for a decrease in share price of more than 20%. 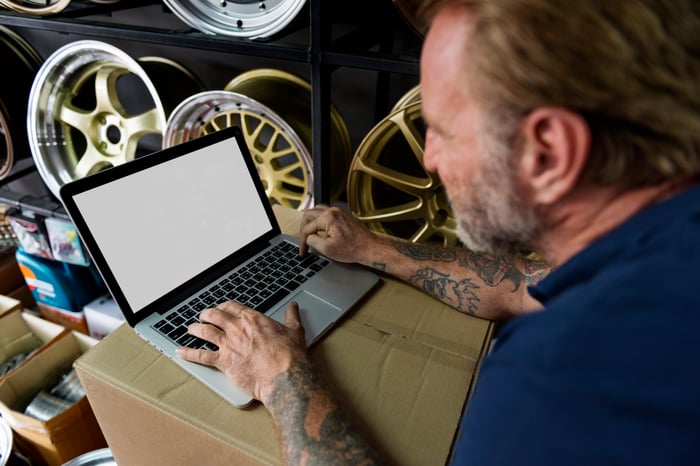 And while the retailer's comparable-store sales were flat, compared to the prior year, that was better than the expected 0.2% decline. One of the issues investors likely have with the company's second-quarter results is that guidance is for comparable-store sales to drop between 1% and 3% for the full year, which is worse than estimates hoping for a more modest 0.5% drop.

"In our view, the industry headwinds that have been highlighted by AAP's public peers will only further complicate the margin dynamics associated with the company's recovery," said Guggenheim's analyst Steven Forbes, according to Barron's. Investors are also likely considering the possibility that Amazon.com (NASDAQ:AMZN) will soon take aim at aftermarket automotive parts as its reach into seemingly any industry with its e-commerce prowess knows no limit. And why would investors be willing to hold shares of a retailer that Amazon could disrupt when the near term offers little upside? The answer is that many investors aren't willing to do so.