The recovery was more than just a dead cat bounce, however, as investors responded to news that activist investor Jana Partners had taken a stake in the company. 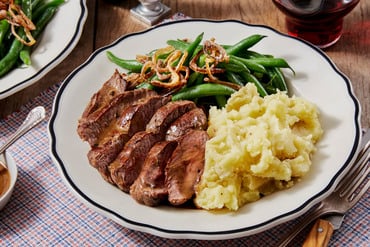 Jana is fresh off a big win after taking a stake in Whole Foods Market and pushing for a sale, which came just two months after it bought shares of Amazon.com. The hedge fund netted about $300 million from the sale, and it revealed a stake of less than 1% in Blue Apron in a filing on Monday. It purchased 600,000 shares at around $9.50, but such a small stake seems to indicate that the company will not be taking an activist position with Blue Apron at this time.

Still, Jana knows the grocery industry well as it also once held a 6% stake in Safeway in 2013.

After its dismal report last week, Blue Apron could use all the help it can get. Revenue growth slowed to just 18% after more than doubling last year as management blamed operational problems at a new facility, which led to a cutback in marketing. The company also reported a wider loss than expected as customer acquisition costs are growing amid rising competition.

Jana's investment isn't going to be enough to reverse those trends, though. Blue Apron will have to do the hard work of building the business itself, and that's not going to get any easier.