Shares of Coach Inc. (NYSE:TPR) were down 13.2% as of 1 p.m EDT Tuesday after the luxury fashion company announced mixed fiscal fourth-quarter 2017 results, then followed with disappointing full fiscal-year 2018 guidance.

Coach's revenue in fiscal Q4 declined 1.7% year over year to $1.13 billion, but would have climbed 6% as reported and 7% at constant currency had it not been for an extra week in fiscal year 2016. On the bottom line, adjusted net income climbed to $142 million, or $0.50 per diluted share, up from $126 million, or $0.45 per diluted share in the same year-ago period. Note last year's fiscal fourth quarter included earnings of $0.07 per share related to the additional week.

By comparison, analysts' consensus estimates called for Coach to deliver slightly lower adjusted earnings of $0.49 per share, but on higher revenue of $1.15 billion. 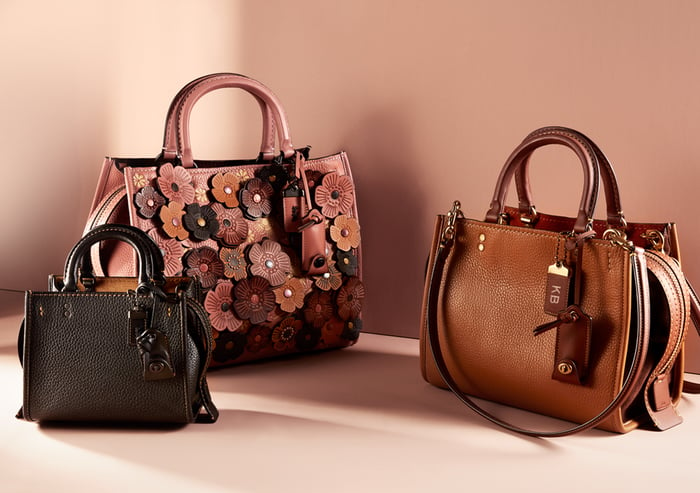 In addition, Coach closed on its acquisition of Kate Spade in July -- a move Luis states "will enhance our position in the attractive and growing $80 billion global premium handbag and accessories, footwear and outerwear market."

Coach anticipates revenue in fiscal year 2018 will climb around 30% year over year, to a range of $5.8 billion to $5.9 billion, assuming low-single-digit organic growth and more than $1.2 billion in sales from Kate Spade. That should result in full-year adjusted earnings per share of $2.35 to $2.40, good for 10% to 12% growth, including a low- to mid-single-digit accretive contribution from Kate Spade.

But Wall Street was expecting Coach to guide for higher fiscal year 2018 adjusted earnings of $2.49 per share on revenue of roughly $6.04 billion.

Of course, Coach might be taking a conservative approach to its outlook given uncertainties surrounding the ongoing integration of Kate Spade. But combined with its slight top-line "miss" to end the fiscal year -- relative to Wall Street's near-term expectations, anyway -- and with shares up around 36% year to date as of Monday's close, it's no surprise to see Coach stock pulling back on Tuesday.