The giant telecom is a fantastic cash machine, but do you know how heavily Big Red leans on its wireless business? Here's a quick refresher.

But do you know exactly how all of these dollars are being herded into Verizon's coffers? Let's review. 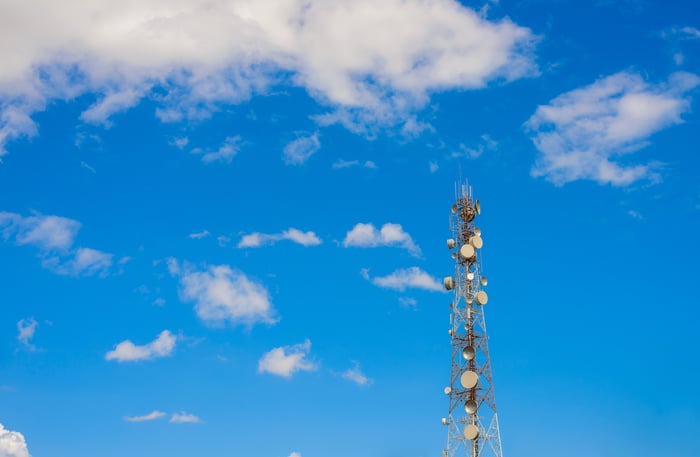 Verizon by the numbers

As you might have guessed after seeing the lopsided subscriber balance between Verizon's two divisions, the wireless and wireline segments provide wildly different contributions to Big Red's financial results:

Of course, this is just a snapshot of a large company constantly changing its business mix and future plans.

In 2016, Verizon sold its wireline operations in Texas, California, and Florida to smaller telecom Frontier Communications (FTR). The move reduced Verizon's Fios services and and landline phone footprint by roughly 25%. This was probably a wise move, judging by the way Fios subscribers have been slipping away under Frontier's management. Not even high-quality wireline services are an easy sell these days.

On the wireless side, the rampant two-stage growth of ubiquitous cellphone adoption and then smartphones for everyone has essentially stopped. Verizon's retail subscriber count increased by 1.2% in the second quarter compared to the year-ago period. At the same time, average revenue per contract customer fell by 7%. Nothing comes easy these days for Verizon -- the wireless market is getting saturated and price-sensitive.

So the company is branching out in new directions. Verizon has tried its hand at several media publishing operations in recent years, including the high-priced acquisitions of AOL and Yahoo!. A streaming video service partnership with Redbox was killed in its infancy, but Big Red is planning another streaming video launch later this year.

The wireless business should get a second wind as Verizon rolls out a next-generation 5G network over the next several years, paired with exploding demand for connections related to the Internet of Things. The Verizon we'll see in 10 years should look very different from the business under that name today.

But now you know how Verizon is making money in 2017, at least.