Opko Health (OPK -2.00%) stock is down more than 30% so far in 2017. Its share price dropped 7% last year. But if you think the poor performance has caused the company's largest investor to lose confidence in Opko, think again. That investor has continued to buy more shares of Opko.

And who is this steadfast fan of Opko Health? None other than the company's CEO -- Dr. Phillip Frost. As of Feb. 27 2017, Frost owned 32% of Opko. He has added to his stake since then. But why is Frost such a big believer in the company? 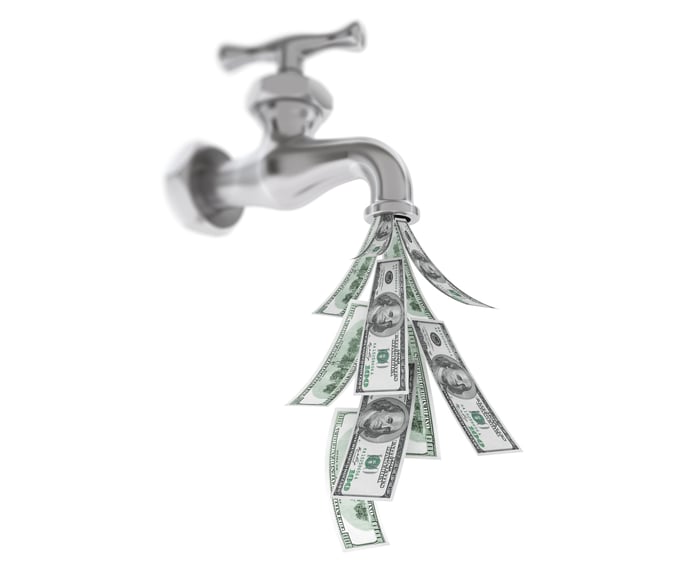 First of all, Frost's entire life has been in healthcare. It's probably fair to say that healthcare is his passion. Born during the Great Depression, Frost won a full scholarship to Albert Einstein College of Medicine after attending the University of Pennsylvania.

He went on to practice as a dermatologist and teach at the University of Miami's dermatology department. In his spare time, Frost invented a tool for taking skin biopsies, which he later sold. (By the way, the tool is still used today.)

From 1972 to 1986, Frost served as chairman of the department of dermatology at Mt. Sinai Medical Center of Greater Miami. He also served as chairman of the board of Key Pharmaceuticals during that same period, until the company was acquired by Schering-Plough. The sale of Key Pharmaceuticals made Frost a wealthy man, with a net worth of around $330 million in current dollars.

A year after Schering Plough bought Key Pharmaceuticals, Frost formed generic drugmaker IVAX Corporation. He served as chairman and CEO of IVAX until 2006, when it was acquired by Teva Pharmaceutical. The deal catapulted Frost into the billionaires club. He joined Teva's board of directors as vice chairman and became chairman of the board for Teva in 2010, serving for nearly five years.

Only being on boards of directors wasn't enough for Frost. In 2007, he orchestrated a three-way merger between Froptix, eXegenics, and Acuity Pharmaceuticals and named the new company Opko (later changed to Opko Health).

Frost is kind of like the mythical King Midas: nearly everything he touches turns to gold. So far, Opko Health hasn't proven to be as successful as some of his previous endeavors. However, with his track record, you can't blame him for believing that it's just a matter of time before it takes off.

If you want to get an idea for why Frost continues to be such a big believer in Opko Health, just listen to the company's quarterly conference calls. In the most recent call, Frost used the words "enthusiastic" and "enthusiasm" three times in reference to Opko's products.

He likes the potential for Opko's long-acting oxyntomodulin program for treating obesity and type 2 diabetes. The company has had its own developing underway for several years, but its acquisition of clinical-stage biotech Transition Therapeutics in 2016 brought another oxyntomodulin product into the pipeline.

Frost is also excited about Opko's selective androgen receptor modulator that could target several indications, including benign prostate hyperplasia. He calls this product one that's "close to [his] heart." Opko plans to begin a Phase 2b clinical study of the experimental drug during the fourth quarter of 2017.

Some might think that Phillip Frost is too optimistic about Opko's chances. Rayaldee launched in November 2016, but the company still hasn't recorded any revenue from sales of the drug. 4Kscore hasn't made a whole lot of money yet, either.

Opko Health also experienced a setback earlier this year with a late-stage study of its human growth hormone product in treating adults. The company completed an analysis of the data from the study evaluating the influence of outliers on the primary endpoint result. Opko still hopes to move forward with the product in treating adults, pending further discussions with the FDA. Enrollment of patients continues in a late-stage study of the hormone for pediatric use.

But Phillip Frost believes in Opko's future. He continues to put his money where his mouth is, regularly buying more Opko stock. And there are apparently some more believers on Wall Street: Most analysts covering Opko rate the stock as either a buy or a strong buy. If the consensus one-year price target among analysts is achieved, Opko stock could double. If it does, I don't think Frost will be surprised at all.