Faster processing power and more RAM are what this Fool thinks Apple Inc. will bring to this year's Apple Watch refresh.

Later this year, Apple (AAPL -1.38%) is expected to introduce its third-generation Apple Watch family, which will presumably be marketed as the Apple Watch Series 3.

The headline feature for the device is, of course, expected to be integrated LTE capability to allow the device to be more independent of the iPhone. 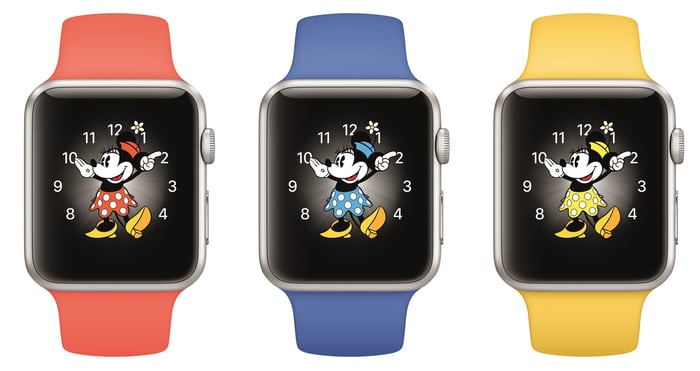 Here are two technology improvements that I expect in the upcoming Apple Watch, independent of the addition of an LTE option.

At the end of the day, the Apple Watch is a computing platform that fits on your wrist. The more powerful the computing capabilities of the device are, the better the user experience will be, as Apple -- as well as third-party app developers -- will be able to build more robust applications that simply do more.

For the Apple Watch Series 3, I don't think Apple will add more CPU cores -- two is more than enough. Instead, I expect Apple to try to drive up the performance per core substantially, as this should lead to a dramatic improvement in responsiveness, as well as greater freedom for app developers to write more sophisticated programs.

The original Apple Watch and the Apple Watch Series 2 both, per AnandTech, include 512 MB of system memory.

This means a need for more system memory.

To that end, I think Apple will move from 512 MB of memory to 1 GB in the Apple Watch Series 3.