China's digital-streaming market is in the middle of a battle royale. The country's population has an unquenchable thirst for watching movies and TV shows online, and several very large and deep-pocketed players are fighting to attract their attention.

Last week, I wrote about the accelerated growth rate of Baidu's (NASDAQ:BIDU) digital-streaming platform, iQiyi. Favorably referred to as "The Netflix of China," iQiyi is vastly expanding its content library to woo users, which leads to advertisers and paying subscribers. iQiyi has nearly 500 million users, is more than doubling its revenue every year, and now comprises 16% of Baidu's overall top line.

Of course, China's lucrative online-entertainment industry is also attracting several other competitors. There are more than 700 million Chinese internet users and 435 million mobile video viewers up for grabs. Web browsers tend to continually return to only a few favorite websites, so online streaming could very well turn out to be a winner-take-all market. The companies that offer the greatest variety of content and the most user-friendly experiences will likely capture the lion's share of the industry's profits.

With that in mind, let's take a closer look at the brutal competition brewing to become China's King of Digital Streaming. 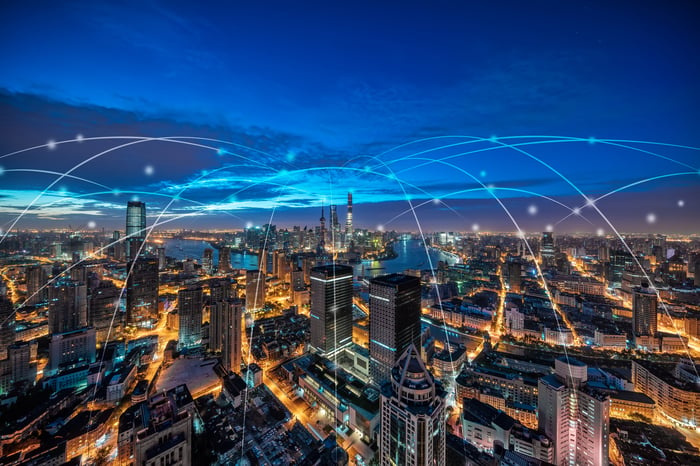 China's internet industry is controlled by three companies -- Baidu, Alibaba (NYSE:BABA), and Tencent (OTC:TCEHY). Collectively referred to as the "BATs," these three companies have their hands in just about everything that users can search the internet to do. Digital streaming is no exception.

Tencent (OTC:TCEHY) claims more than 900 million users -- many from outside of China -- and has a market cap approaching $400 billion. Its flagship app WeChat can be used for just about anything possible on the internet -- such as messaging, transactions, and banking -- and a third of its users are now logged into it for more than 4 hours per day. WeChat is quickly emerging as a monopoly on users' screen-time and attention.

Tencent's strategy in digital streaming is also to vastly expand its content library, but also to embed it directly into Smart TVs for consumers to easily access their favorite shows and movies. Tencent Video is similar in look and size to iQiyi, with about 20 million paying subscribers. ESPN has already given Tencent exclusive rights to air their sports content in China, and HBO has named Tencent their exclusive partner. If you're visiting China and don't want to miss the latest Game of Thrones, you'll need to sign up with Tencent.

We've also seen quite a bit of M&A in the space. In 2012, China's largest digital-streaming company Youku bought its second-largest Tudou in a billion-dollar all-stock deal. The reason for the merger was to consolidate the buying power and user base of the two largest platforms, which together controlled nearly 33% market share. Three years later, Alibaba bought the combined company for $5.4 billion. It still runs the platform today as Youku-Tudou, and it's estimated that the service has 30 million paying subscribers.

Interestingly, China wasn't on its list. Due to complexities in dealing with the Chinese government's regulations on foreign telecoms and internet providers, as well as rampant copyright infringement and a widespread reliance on guanxi, Netflix opted to pass on setting up shop in the world's most populous country. CEO Reed Hasting recently remarked that the prospect of Netflix opening directly in China "doesn't look good."

However, Netflix has found an ally in iQiyi to get indirect access to the country. Earlier this year, the two signed a licensing deal that would allow iQiyi to license and air Netflix's content in China. It's a win-win for the two companies: Netflix receives payments for access to many of the titles in its vast content library -- including originals such as Black Mirror, Stranger Things, and BoJack Horseman. China-based iQiyi runs the operations -- which ultimately gets the users, paying subscribers, and advertisers.

This agreement makes both companies stronger and harder for others to compete with. Exclusive rights to content -- including home-grown original programming -- locks out competitors and is a big selling point for subscribers.

Competition for China's digital streaming is intensifying, which is dragging down the operating margins in the short term of several of the country's largest internet companies. But the long-term appeal of the market is undeniable, with increased advertising and a steady subscription-revenue base likely worth the upfront costs. We'll watch for Baidu, Tencent, and Alibaba to continue to consolidate power in their quests to become the preferred entertainment provider in the world's most populous nation.