Please ensure Javascript is enabled for purposes of website accessibility
Log In Help Join The Motley Fool
Free Article Join Over 1 Million Premium Members And Get More In-Depth Stock Guidance and Research
By Rich Smith - Aug 22, 2017 at 11:10AM

Pity the folks who bought into Redfin's (RDFN -5.64%) IPO. Wall Street sold them the stock, and it did quite well initially -- but now, Wall Street wants no part of it.

Online real estate broker Redfin held its IPO late last month, and the stock quickly popped 45% in its first day of trading. Priced at $15 a share, Redfin stock closed out its IPO day at $21.72 and has proceeded to climb a further 27% in the days since. Already, Redfin is nearly a two-bagger since its IPO less than a month ago. But if you ask the folks who helped underwrite the IPO what they think of Redfin today, you'll be hard-pressed to find any fans -- or anybody at all, really, who expects Redfin to keep going up. 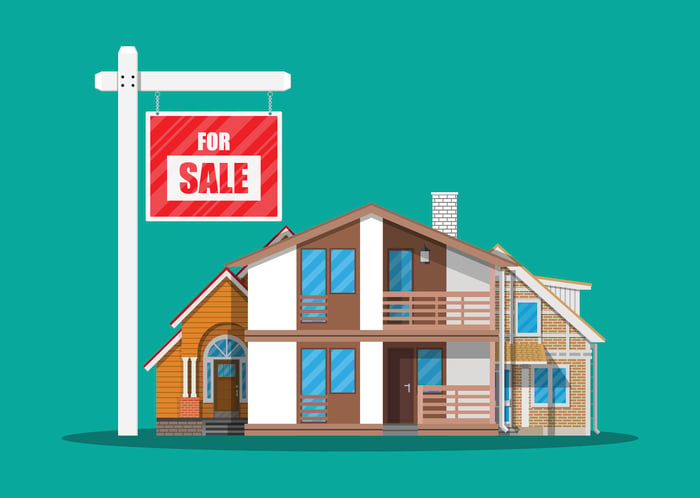 Redfin stock could soon go on sale. That's not great news for those who bought after the IPO. Image source: Getty Images.

Who backed the Redfin IPO in July?

This morning, StreetInsider.com reports that five of these six firms have initiated coverage of Redfin stock. The good news is that Oppenheimer (one of the smaller backers) remains optimistic about the stock, initiating coverage with an "outperform" rating (i.e., "buy") and a $31 price target.

The bad news is that the other four firms that have chimed in...don't necessarily like Redfin at its "new and improved" price.

The bankers who no longer love Redfin

The list of analysts who have turned cold on Redfin is a whole lot longer than the list of Redfin stock's fans:

Unsurprisingly, investors are not taking these revelations well today. It probably doesn't help, either, that even the analysts who are less negative than Goldman on Redfin aren't exactly consistent in their logic for defending the stock.

For example, RBC, which urged investors to buy Redfin one month ago and still sees the stock going to $28 in the near term, said in its note today that Redfin stock would be "reasonably valued [at] 5X P/S." The problem is, five times Redfin's $285 million in trailing sales implies a "reasonable value" of $1.4 billion for Redfin as a whole -- but Redfin stock currently has a market capitalization of $2.2 billion.

Simple math tells you that this implies Redfin stock is close to 60% overvalued today, yet RBC is predicting the stock will not fall, but rise another 5% from today's price.

Meanwhile, Redfin stock remains unprofitable ($26 million lost over the past 12 months) and cash-flow negative ($29 million in negative operating cash flow), and even its rate of sales growth may be slowing. From 50% annualized sales growth in 2015, Redfin dropped to 43% last year, and 44% last quarter.

Long story short: Wall Street's sudden lack of enthusiasm for the stock it pushed so hard last month may be disappointing, but it's not necessarily wrong.