When searching for income stocks, investors should always study their payout ratios -- the percentage of a company's earnings or free cash flow (FCF) that it spends on dividends. If those ratios exceed 100%, the dividend might not be sustainable.

On the other hand, when the ratio is low, it signals that a company can significantly boost its dividend. Today, we'll check out three solid income stocks which can easily afford to double their dividends over the long term. 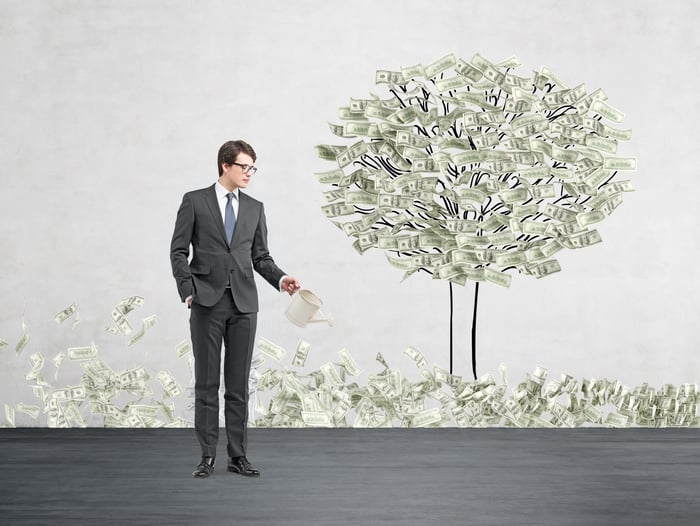 HP (NYSE:HPQ), the world's largest PC vendor, pays a 2.9% forward yield. After splitting with Hewlett-Packard Enterprise in late 2015, the "new" HP hiked its dividend last year, and should keep raising that payout annually for the foreseeable future.

Over the past 12 months, HP spent just 36% of its earnings and 34% of its FCF on dividends. It spent another 24% of its FCF on stock buybacks -- which turned out to be a smart move, as the stock surged nearly 30% during that period.

Analysts expect HP's revenue and earnings to respectively rise 4% and 3% this year, as its PCs gain market share with robust sales of high-end laptops and convertibles. There are also big hopes for its printing business as it evolves with the introduction of newer products (mobile, 3D, and multi-function printers) and the acquisition of Samsung's printing unit. HP currently trades at just 13 times earnings, which is far below the industry average of 20 for PC makers -- making it a reliable and undervalued income play for a frothy market.

Shares of Intel (NASDAQ:INTC) have stayed nearly flat over the past 12 months due to ongoing concerns about its PC and data center chip businesses. Its PC chip business is being challenged by a resurgent AMD, while its near-monopoly in the data center chip market is being targeted by AMD, Qualcomm, and other new rivals. 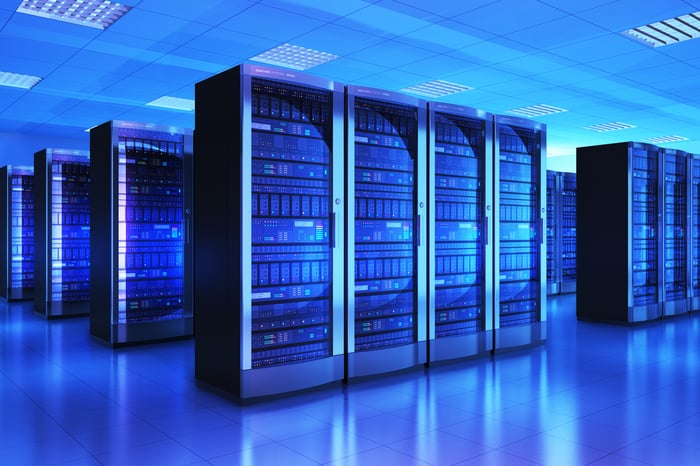 But amid those long-term headwinds, analysts expect Intel's revenue and earnings to respectively rise 3% and 11% this year thanks to a recovering PC market and the growth of its smaller Internet of Things (IoT), programmable chips, and non-volatile memory businesses. Moreover, Intel's P/E of 13 is much lower than the industry average of 23 for semiconductor companies.

Apple (NASDAQ:AAPL) started paying a new dividend in 2012, and has raised that payout for five consecutive years. Its forward yield of 1.6% looks unimpressive compared to the S&P 500's current yield of 2%, but Apple has plenty of room to raise its dividend. It spent just 27% of its earnings and 25% of its FCF on its dividend over the past 12 months -- so it could easily double its payout without missing a beat. 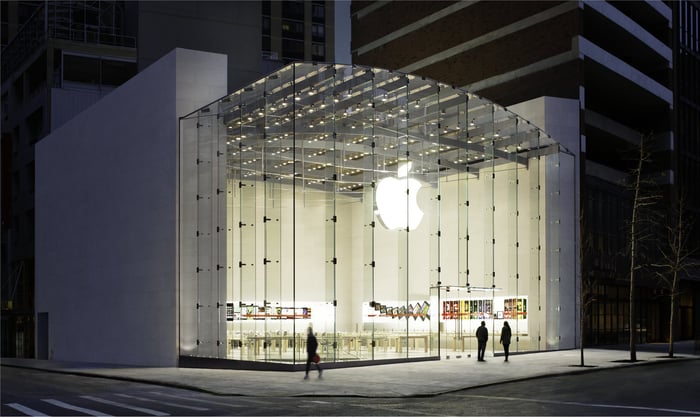 Moreover, Apple finished last quarter with a whopping $261.5 billion in cash. Most of that cash remains overseas, but proposed changes to the U.S. corporate tax rate would allow it to bring that cash back home for domestic acquisitions, buybacks, and big dividend hikes.

Apple's main weakness is its dependence on the iPhone, which generated over half its revenues last quarter. But sales of its Macs and iPads have been improving, and it's diversifying into more sustainable software services like Apple Music, Apple Pay, and original video content. Analysts expect Apple's revenue and earnings to respectively rise 6% and 9% this year, and it currently trades at 18 times earnings -- which matches the industry average for consumer electronics makers.

HP, Intel, and Apple likely won't double their dividends anytime soon, or even in 2017. But their low payout ratios and stable earnings growth indicate that shareholders could see their payments climb considerably over the next few years.