Frontier Communication (NASDAQ:FTR) finished another quarter where it saw its subscriber count fall. That has become normal operating procedure for the company since it spent $10.54 billion buying Verizon's (NYSE:VZ) wireline business in California, Texas, and Florida.

In Q2, Frontier saw its total customer base drop from 5.2 million the previous quarter to 5.08 million. Again, the company not only lost 70,000 pay-television customers, it also dropped 100,000 broadband subscribers. The broadband losses are particularly bad because most pay-TV providers have seen losses in video, but have added internet customers.

Frontier has been steadily getting smaller, but CEO Dan McCarthy has become very good at seeing the positive. He was no different in his remarks in the Q2 earnings release (courtesy of S&P Global Market Intelligence).

"We were pleased with the progress we made during the second quarter as we executed well on a number of key initiatives stabilizing operations," he said. "In particular, we improved churn in our California, Texas, and Florida (CTF) market, saw progress in our commercial business, and continued to reduce costs, which resulted in increased adjusted EBITDA margins."

That's certainly putting a bright spin on the results. MCarthy and Frontier CFO Perley McBride shared much more during the company's earnings call with analysts following the release of the Q2 numbers. 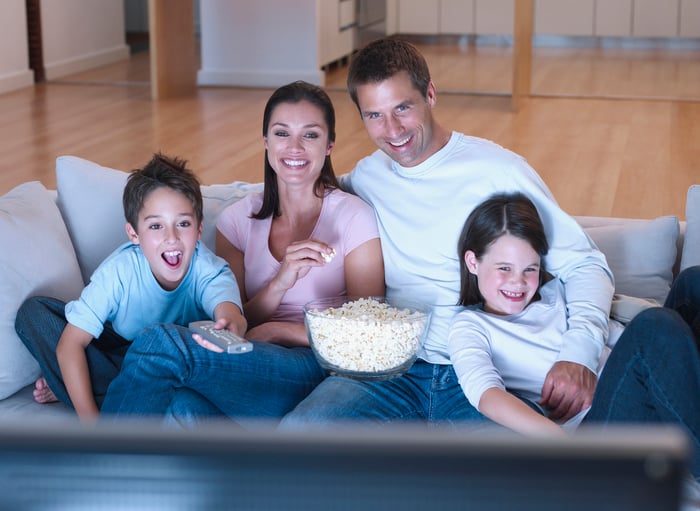 Churn is getting better

"We continue to make good progress at stabilizing our consumer business, highlighted by the churn improvements in CTF FiOS as well as stable ARPC," said McCarthy. He also noted that "the impact from the account cleanup is now entirely behind the company, and we are focused on getting voluntary churn back to benchmark level." In the past two quarters the CEO blamed some of his company's customer loss on former Verizon customers who had never paid being removed.

One of the biggest pain points in getting cable is waiting for a technician to come hook up your service. Frontier has a plan to address that.

"We remain on track to roll out our consumer-friendly FiOS self-installation process in the second half of the year, which we expect will improve customer satisfaction by providing customers the ability to complete FiOS installation on their own schedule," said McCarthy. "We expect this process to increase efficiency and improve internal resource utilization by reducing our reliance on contractors."

Cost savings are paying off

Since buying the CTF properties Frontier has been aggressively cutting costs. A major reason for the Verizon purchase was giving Frontier the scale to operate more efficiently, and McCarthy said that has been happening.

"The company is starting to benefit from our overall efficiency and cost-reduction initiatives," he said. "Specifically, during the quarter, we reported lower content cost partially due to our increased scale, a trend which we expect to continue for the remainder of the year."

Frontier was also able to lower its maintenance costs. McCarthy attributed that to "to leveraging third-party partnerships as well as efficiencies from moving to a centralized reporting structure."

Frontier continues to manage its cash

In recent quarters Frontier has been doing everything it can to conserve cash. That included cutting its dividend to $0.04 per share from $0.105 per share, where it has been for over two years. During the Q2 call McBride explained another financial move made by the company.

That's a detailed way to say that Frontier continues to enjoy flexibility from its lenders. That's especially important as the company struggles to reverse, or at least stabilize, its subscriber losses.