This year, Apple (NASDAQ:AAPL) is expected to launch three new smartphones: two models with LCDs that look like the current iPhone 7 and iPhone 7 Plus phones (though with new colors and glass backs), and one with an all-new design enabled by a full-face OLED display, major camera improvements, and 3D sensing technology.

These phones are probably going to be a big deal for Apple, its customers, and its investors. 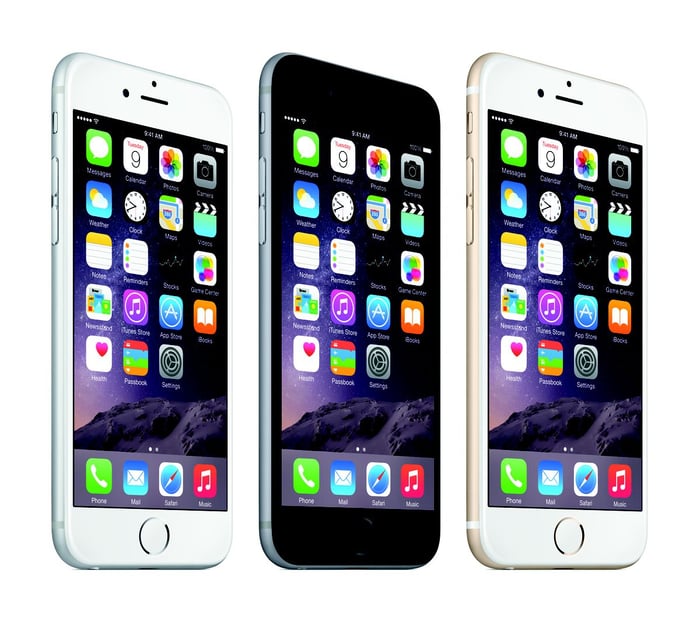 Naturally, given how important this launch is going to be to what is quite literally tens, if not hundreds, of millions of stakeholders, many are likely excited to know when the new phones will arrive.

Here's what a new rumor claims.

Not too long now

A report from Mac4Ever (via MacRumors) claims that the new iPhones will be announced at a keynote held on Tuesday, Sept. 12. The same report asserts that Apple will begin taking orders for the new device 10 days later, on Friday, Sept. 22.

What to expect on launch day

It is generally believed that while the LCD-based successors to the iPhone 7 and iPhone 7 Plus won't be in short supply at launch, the premium OLED iPhone is likely to be hard to get ahold of -- at least initially -- as demand should be very high and initial supply is rumored to be low.

That said, Apple is reportedly planning for a huge product cycle, so I don't expect the shortages to last for more than, say, a quarter.

Nevertheless, if you have your heart set on getting an OLED iPhone at or near the launch, you had better be sure to stay up until online orders begin and be very quick to get your order in. If you're late to the party by even a matter of five to 10 minutes, you might find yourself ordering an OLED iPhone that won't even ship for six to eight weeks -- or maybe even longer.

This means that after the launch keynote, make sure to figure out exactly which model you want; when you go to order your iPhone 8, you don't want to be sitting there figuring out which color you think is best or what storage capacity you really need.

Have all that figured out well in advance of when Apple begins to take orders. I'm planning to get a gold model in a 256GB storage configuration to replace my current iPhone 7 Plus -- in case you were interested.

If you're going for one of the new LCD iPhones, you can probably afford to sleep in and get your order in at your convenience (though, if it were me, I'd stay up anyway and get the order in as soon as possible just in case the rumor mill isn't totally accurate about the LCD iPhone supply situation).