Many investors have left Fitbit (NYSE:FIT) for dead. The stock plunged more than 60% over the past 12 months due to its slowing sales growth and widening losses, and now trades 70% below its IPO price. Fitbit also lost its crown as the world's top wearables maker to Xiaomi and Apple (NASDAQ:AAPL), according to IDC, and is struggling to widen its moat against an ever-growing list of fitness tracker makers.

I'm still bearish on Fitbit's future, but I think investors shouldn't overlook four ways it could still come back from the dead. 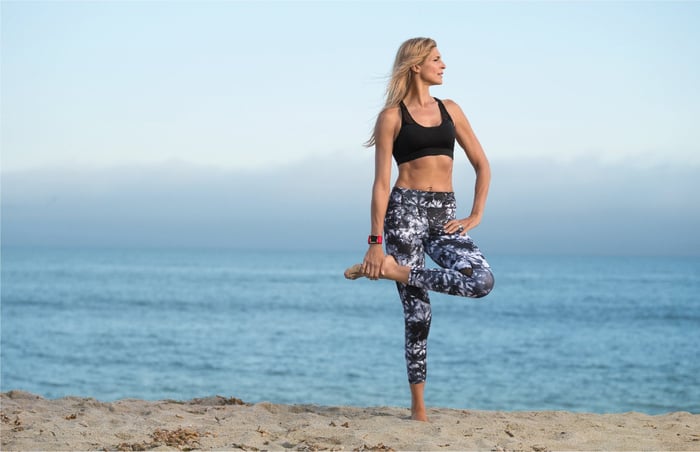 1. The "make or break" smartwatch

Fitbit CEO James Park has called the company's upcoming smartwatch a "make or break" device for the company. The Blaze, which arrived last year, resembled a smartwatch but didn't offer full-featured apps like the Apple Watch or Alphabet's (NASDAQ:GOOG) (NASDAQ:GOOGL) Android Wear devices.

With its new smartwatch, Fitbit hopes to lay the foundations for a developer-powered app ecosystem comparable to the ones found on the Apple Watch, Android Wear, and Garmin's (NASDAQ:GRMN) Connect IQ devices. Fitbit originally planned to launch the device this spring, but production issues pushed its launch back to the holiday season.

Fitbit hasn't revealed any details about the smartwatch yet, but recent rumors indicate that it will use a refined version of the Blaze's aluminum unibody chassis; include a GPS, heart rate tracker, and wireless payments; support third-party apps; and last four days on a single charge.

It will reportedly cost $300, which puts it in direct competition against the Apple Watch. The success of Fitbit's smartwatch remains a long shot -- especially with the Apple Watch 3 launching in the near future -- but it could revive the stock if its initial sales exceed expectations.

If Fitbit attracts enough developers to its new app platform, its ecosystem could lock in more users. Early reports indicate that Fitbit struggled to pique developer interest, but the brand still has a decent addressable market -- it shipped 3.4 million devices last quarter, and the Fitbit app was the most downloaded health and fitness app in the U.S. on both iOS and Android. The Fitbit app's Community section, which features a social networking Feed, has served 11.2 million users since its launch in March.

Since competition among Fitbit's smartwatch app market should initially be less crowded than watchOS or Android Wear, the platform could attract some fresh talent. If Fitbit takes a cut of app sales -- as Apple and Google do -- it could generate a fresh stream of revenue to complement its hardware sales and Fitstar premium memberships.

Fitbit's losses are widening and its free cash flow remains negative, but it finished last quarter with $319 million in cash and equivalents, and doesn't have any debt.

This means that Fitbit could still acquire more wearables or fitness app makers to diversify its business -- which would weigh down its short-term growth, but could pave the way for more sustainable gains.

Fitbit has a market cap of just $1.2 billion, a clean balance sheet, and a price-to-sales ratio of 0.7. Those figures make it a lucrative buyout target for any company that wants to instantly become the third largest wearables maker in the world.

Potential buyers include Apple, which could buy Fitbit to diversify its lineup beyond full-featured smartwatches; or Garmin, which competes against Fitbit with its Vivo devices. Companies probably won't buy Fitbit as long as its sales, profits, and market cap are all declining, but any rumors or offers could spark a big short squeeze since 27% of Fitbit's shares were still being shorted as of Aug. 9.

But don't get your hopes up...

Fitbit isn't dead yet, but it faces tough headwinds this year. Wall Street expects its revenue to plunge 25% this year, compared to 17% growth last year, and for its bottom line to stay in the red for the next two years.

Its stock might jump on a warm reception for its smartwatch, the expansion of its app ecosystem, additional acquisitions, or buyout rumors -- but I'm not sure that those gains will be sustainable. Therefore, I'd keep an eye on Fitbit for now, but I certainly wouldn't buy any shares yet.

How Fitbit Inc. Might Come Back From the Dead @themotleyfool #stocks $FIT $AAPL $GOOGL $GRMN $GOOG Next Article
Current