The last few years has been a time of profound change in the payments industry, which was long dominated by a few large credit card companies. Recent entrants into the space have brought innovation and change to a somewhat stodgy industry and are expanding the role of the payment processor.

PayPal Holdings, Inc. (NASDAQ:PYPL), while not new to the game, has been at the forefront of the transformation, moving beyond its humble beginnings as a simple online payment system to offer a wide variety of digital wallet, mobile payment, and merchant services. One of these services is providing working capital loans to its merchants. PayPal has announced that it will acquire Swift Financial in a further push into the business financing arena. 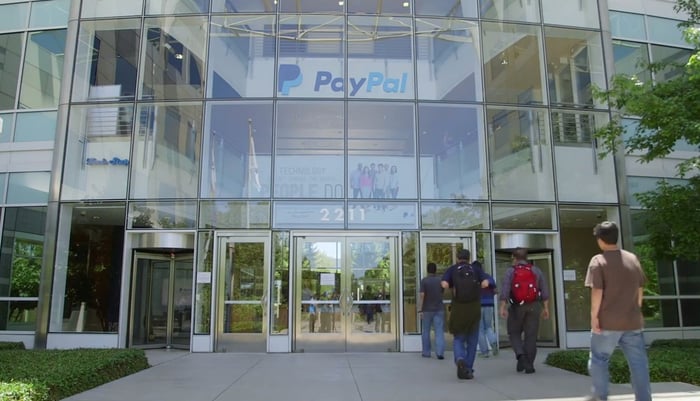 The area of working capital loans has always been a source of frustration for many small business owners, requiring a lengthy application process and only a small likelihood of approval. The area is ripe for disruption and numerous innovators are jumping on board as a way to attract and retain customers.

Payment processor Square (NYSE:SQ) with its Square Capital has funded over $1 billion in loans to 100,000 merchants. E-commerce platform provider Shopify Inc. (NYSE:SHOP) launched Shopify Capital last year, which collects a fixed percentage of daily sales for repayment. Online sales juggernaut Amazon.com, Inc. (NASDAQ:AMZN) recently revealed that, since launching its lending business in 2011, it had made more than $3 billion in small business loans to more than 20,000 Amazon sellers in the US, United Kingdom, and Japan. Amazon lent more than $1 billion in the last year alone.

PayPal first debuted its Working Capital service back in 2013, and since then has provided in excess of $3 million in funding to more than 115,000 merchants.  The company found that by providing this service, it contributed to a merchant sales growth, an increase in the volume of payments processed, and a reduced merchant churn rate.

The acquisition of Swift will allow PayPal to expand its underwriting capabilities, increase its loans to $500,000 for larger merchants, and expand its offerings to smaller businesses. This will make the platform more attractive to existing merchants and attract new ones. Since PayPal gets a cut of each transaction between the merchants and their customers, the company makes more if their member businesses increase their sales.

PayPal's formula for success has been the long-term relationships with its merchants and the ability to use historical data from payment processing to assess the ability of the business to repay the loans. With the massive troves of data on its member merchants, PayPal has a far greater likelihood of success at recouping loans than even banks.

These loans have been available to businesses that had been PayPal merchants for at least three months and processed payments of at least $20,000 within the last 12 months. Merchants can then repay these loans with a percentage of sales.

Small businesses account for 99% of companies in the US, while generating 54% of total sales, and 55% of all jobs. Providing loans to them is a high growth opportunity, as the MCA/Small Business Financing Industry Report estimates the size of the merchant cash advances market at $15.3 billion for 2017. What makes this opportunity more intriguing is that is borrowers will typically return for additional funding after receiving their first loan.

PayPal's moved into peer-to-peer money transfer with Venmo, adding convenience to payments with One Touch, and its myriad partnerships have broadened its reach into nearly every area of digital payments. The acquisition of Swift is a natural expansion of its market which also works to better serve its existing customer base.