The Chinese stock market, while up 7% so far this year, is lagging the U.S. stock market. While that might sound like a bad thing for investors in Chinese stocks, this cloud does have one silver lining: Relatively speaking, it suggests that some could be bargains.

Was it right to do so? Read on and find out. 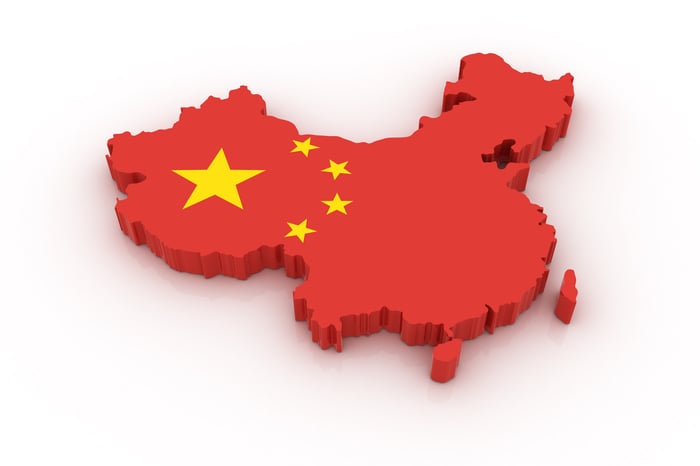 Long a leader in China's for-profit education industry, New Oriental Education boasts a revenue stream bigger than those of Bright Scholar and TAL International combined: $1.8 billion. Though valued at a princely 48 times trailing earnings, New Oriental isn't even the most expensive stock in the sector. Its $12.8 billion market capitalization trails that of rival TAL by about 10%.

In a write-up on StreetInsider.com (requires subscription) this morning, Morgan Stanley names New Oriental Education one of its top picks in China based on its "higher-quality growth from utilization rates." (It's putting more students in their seats, and leaving fewer empty desks in its classrooms.) New Oriental is also "catching up in K-12 [after school] tutoring" and regaining momentum in the overseas test preparation market, says Morgan Stanley.

Overall, analysts who follow the stock see New Oriental Education growing its profits at a sprightly 29% annual pace over the next five years -- which isn't quite enough to give the company a 1.0 PEG ratio, but is still pretty fast.

Who's growing faster than New Oriental Education, you ask? That would be the smaller TAL Group, which according to the data crunchers at S&P Global Market Intelligence, is pegged for 49% annualized earnings growth over the next five years. Such rapid-fire growth doesn't come cheap, however, and TAL Group stock sells for a whopping 121 times earnings, making it the most expensive of the three Chinese stocks Morgan Stanley initiated coverage on today.

And yet, Morgan seems to think investors will pay a premium for TAL's growth rate. TheFly.com describes Morgan singing the praises of TAL's "pioneering edtech investments to strengthen tutoring outcomes," calling TAL's tutoring program "a differentiator" that sets TAL apart from the competition. (And one which New Oriental is now striving to match.) Until it does, Morgan expects TAL to leverage its advantage to expand its operating profit margin (currently 14.7%) to as high as 16.5% by 2020.

Last but not least, we come to Bright Scholar -- at $191 million in annual revenue and a $2.1 billion market capitalization, clearly the runt of the litter in this group. Bright Scholar stock sells for about 74 times trailing earnings, according to data provided by finviz.com. That's a pretty high price to pay for a company that few analysts even cover at this time, and for which there have been no reliable estimates on future earnings growth published. But that doesn't seem to be scaring off investors, who have bid up Bright Scholar stock 65% since its IPO in May.

It's not scaring off Morgan Stanley, either, which says Bright Scholar is "one of the best plays among private school operators," offering its students a "comprehensive curriculum" and assistance in "student placement" after course completion. Like New Oriental and TAL, Morgan Stanley thinks Bright Scholar deserves an overweight position in your portfolio.

Generally speaking, Morgan Stanley likes all three of these stocks, but which of these three stocks should you like best?

New Oriental Education sells for about $79.50 per share today. Morgan Stanley's $100 price target implies the analyst expects that stock to net investors about a 25.8% profit over the next 12 months. TAL Group, priced at $29.17 and expected to rise to $39 a share, appears to offer a similarly attractive 26.9% return over the same time period.

However, Morgan Stanley predicts Bright Scholar will rise no farther than $20 a share. That doesn't seem like a lot, seeing as the stock already costs $18 today, implying no more than an 11% profit. Given that Morgan Stanley sees greater profit potential in the bigger businesses, and in light of Bright Scholar's short track record and opaque growth rate going forward, I'm inclined to stick with them.

As for those two businesses, I'm further inclined to think New Oriental Education is the better bet for more conservative investors. Analysts may see greater growth potential in TAL Group, but the other side of that growth coin is that the higher the projected growth rate, the more room there is for a stock to underperform it. New Oriental Education's 29% targeted growth rate seems more achievable, and its 48 P/E ratio more reasonable, than TAL Group's 49% growth target and triple-digit P/E. New Oriental also has a good track record of generating free cash flow superior to reported earnings (TAL's record is more spotty in this regard), which allays some of my concerns about New Oriental's still-high P/E.

Accordingly, if I were in the market for a Chinese stock right now, I'd start my shopping at New Oriental Education before any of the others.