Shares of video game retailer GameStop (NYSE:GME) slumped on Friday following the release of the company's mixed second-quarter report. While total sales rose due to strong demand for the Nintendo Switch, adjusted profits tumbled, missing analyst expectations. As of 11:48 a.m. EDT, the stock was down 12.7%. 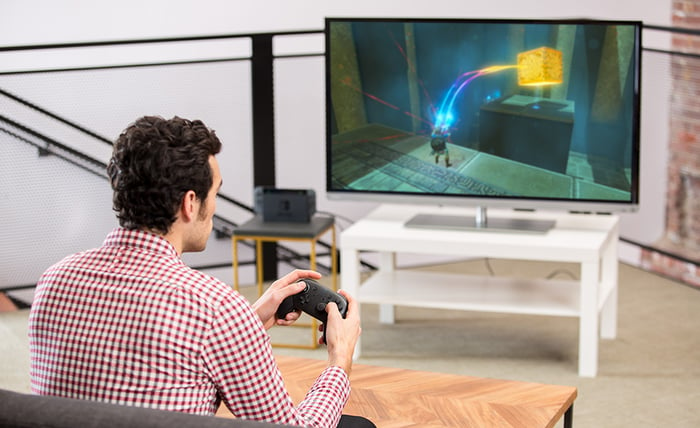 Non-GAAP earnings per share came in at $0.15, down from $0.27 in the prior-year period and $0.01 shy of analyst expectations. This number excludes a $7.3 million gain related to the sale of Kongregate, which produced a lower effective tax rate. The drop in earnings was driven by higher costs, with selling, general, and administrative expenses jumping 4.6% year over year.

GameStop expects to produce between $3.10 and $3.40 in per-share adjusted earnings this year, and it sees comparable sales growth toward the high-end of its previous guidance range of -5% to 0%.

While GameStop managed to grow revenue during the quarter, its largest and most profitable segment -- pre-owned and value video game products -- performed poorly. In addition to a slump in revenue, the segment saw gross profit tumble 7.5%. Growth in technology brands and collectibles offset this decline, but given the stock's movement today, investors are no doubt concerned about GameStop's cash cow.

GameStop faces a fundamental problem: Its core business of selling physical video games is likely to disappear as games go completely digital. The PC went digital long ago, and consoles are slowly but surely moving in that direction. The stock looks awfully cheap relative to its earnings, but those earnings may not be sustainable in the long run.