Sears Holdings posted a smaller loss last quarter than it did a year earlier. But with sales in a tailspin, it seems very unlikely that Sears will ever recover.

On Thursday, Sears Holdings (SHLDQ) released its second-quarter earnings report. At the top of the earnings release, management touted a "Significant Improvement in Net Loss and Adjusted EBITDA [earnings before interest, taxes, depreciation, and amortization] for the Second Quarter."

Sears Holdings stock surged as much as 12% on Thursday morning in response. However, it gave up all of those gains by the end of the day. Indeed, this earnings report wasn't much better than the company's dreadful first-quarter report -- which ironically also sparked a massive but short-lived rally for Sears stock. 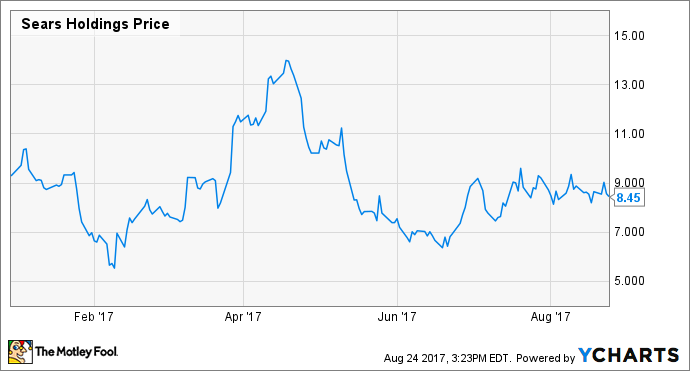 Furthermore, the minimal progress Sears Holdings made last quarter didn't meaningfully improve its odds of survival. Rivals such as J.C. Penney (JCPN.Q) are quickly stealing what's left of its business.

Sears cuts costs, but profitability is far away

In the second quarter, Sears Holdings reduced its operating expenses by $325 million year over year on a comparable basis. (This excludes things like store closing costs and severance charges.) Some of the savings came from closing stores, but Sears is also cutting overhead costs to the bone.

These cost cuts allowed Sears Holdings to reduce its adjusted EBITDA to negative $67 million from negative $191 million in the second quarter of fiscal 2016. However, a loss is still a loss.

Meanwhile, revenue continues to plunge at an alarming rate. Comparable-store sales fell 9.4% last quarter at Kmart -- slightly better than the 11.2% decline logged in the first quarter. By contrast, comp sales plummeted 13.2% at the Sears chain, which was even worse than the Q1 decline of 12.4%. Total sales fell by about $1.3 billion year over year, or 22.9%. 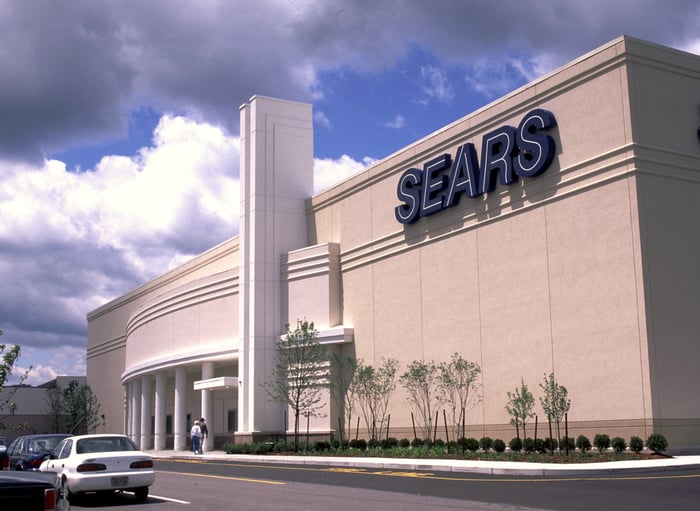 The Sears chain's steep sales declines indicate that the business isn't just facing the normal industry headwinds that are affecting other department stores. J.C. Penney posted a modest 1.3% comp sales decline last quarter, including a slight increase in total sales. But J.C. Penney is benefiting in part from market-share gains at Sears' expense -- particularly in the major-appliance business.

Given that Sears Holdings' revenue declines show no sign of slowing, cost-cutting isn't likely to bolster the company's profitability for long.

Indeed, Sears' plan to cut operating costs by $1.25 billion in 2017 will barely be enough to offset the impact of the revenue decline this year. By next year, the company will need more cost cuts just to keep losses at 2016 levels. However, sooner or later, Sears Holdings will run out of opportunities to reduce costs. (For example, it already slashed advertising spending by nearly 40% between 2014 and 2016.)

Sears has lots of assets -- but it doesn't matter

Sears Holdings bulls -- and its management team -- often point to the company's large pool of assets as evidence that the company will survive. Last quarter, Sears generated more than $460 million in cash from various real estate transactions, and it has brought in almost $160 million more in the last few weeks.

Sears also received more than $500 million in immediate proceeds from selling its Craftsman brand earlier this year. (The total value of the deal was about $900 million, but the rest of the cash is pledged to Sears' underfunded pension plan.) More recently, it has signed international licensing deals for the Kenmore and DieHard brands and struck a deal to sell Kenmore appliances through Amazon.com.

But even though Sears brought in about $1 billion from asset sales in the first half of the year, its debt (net of unrestricted cash) improved by less than $100 million. Including restricted cash, net debt improved by about $316 million.

In other words, selling what was arguably its most valuable brand and a substantial portion of its remaining real estate barely offset six months of losses for Sears Holdings. Furthermore, Sears' book value is negative to the tune of $3.65 billion. Thus, while Sears' assets are probably undervalued on the balance sheet, it's unlikely that there's enough value there for ordinary shareholders to get anything in a bankruptcy situation.

Sears Holdings' stash of assets will probably allow the company to stagger on for a couple more years. But eventually, Sears will run out of assets to sell. When that happens, the company is likely to collapse -- providing a huge windfall for competitors like J.C. Penney.