Google kicked off the week on Monday with the introduction of Android 8.0. In a licensing deal with Mondelez, Android 8.0 was branded with Mondelez' popular Oreo cookie. 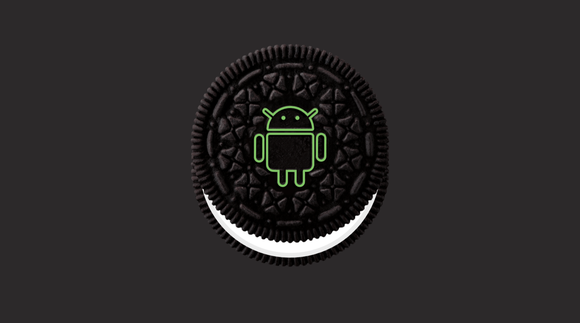 Android Oreo is "smarter, faster and more powerful than ever," Google said in a press release about the new OS. Primary new features in Android Oreo include the ability to see two apps at once, lower power usage (and subsequently longer-lasting batteries), and a faster boot speed. Of course, there's much more to the new OS than this, but the update doesn't seem like it's as big of a steep change as some previous releases.

Google's Android dominates worldwide smartphone operating market share. Of global smartphone shipments in the first quarter of 2017, more than 83% used versions of Android, according to data from IDC. With a new, better version of Android, Google will attempt to bolster its leadership position in the key market.

Is this the iPhone 8's Crown Jewel?

iPhone 8 rumors stole the spotlight from Android on Tuesday, with Bloomberg's Mark Gurman reporting some scoops on the launch of Apple's upcoming smartphone. Most notably, Gurman spoke highly of the device's rumored 3D facial recognition. "Upgrades to core technologies aside, the new iPhone's crown jewel will be a 3-D facial scanning sensor that will unlock device and authenticate purchases -- an industry first," Gurman said.

The iPhone 8 is also rumored to boast inductive charging, cameras that work better with augmented reality apps, an OLED screen, and an entirely new form factor with a virtual home button and slimmer bezels. As the company's 10th anniversary iPhone, Apple is rumored to be going all out on the device -- and investor expectations for the phone are high.

The iPhone is Apple's bread and butter, accounting for 63% of the company's trailing-12-month revenue. Investors may want to take a look at what Apple actually unveils when the device finally launches. Apple typically announces its newest iPhones in the first half of September.

After its Note 7 crash and burned, Samsung unveils the Note 8

Samsung's release of its Note 7 resulted in an ugly public relations nightmare last year when it was recalled after devices were catching fire. Not only did the recall take a toll on Samsung's earnings, but it put the company at a competitive disadvantage when Apple released the iPhone 7 and 7 Plus in the following weeks. Indeed, the recall likely played a role in Apple picking up incremental market share.

With its new Note 8, Samsung hopes to redeem itself. Sporting a 6.3-inch edge-to-edge display, the Note 8 is the largest Note yet. Beyond its larger screen size, the Note 8 boasts dual cameras, portrait mode, a top-notch processor, wireless charging, and water resistance.

It looks like a good comeback. But the new device will likely be up against Apple's latest and greatest next month.