Income investors often put Dividend Aristocrats -- companies that have raised their dividends annually for at least 25 straight years -- on a pedestal. Many of those companies certainly deserve respect, since they've paid uninterrupted dividends through multiple bear markets.

However, investors shouldn't blindly buy Dividend Aristocrats without examining their core businesses. For example, Coca-Cola (KO 0.62%) -- which has raised its dividend annually for over half a century and whose stock yields 3.25% at the current price -- isn't really a great investment right now, for four simple reasons. 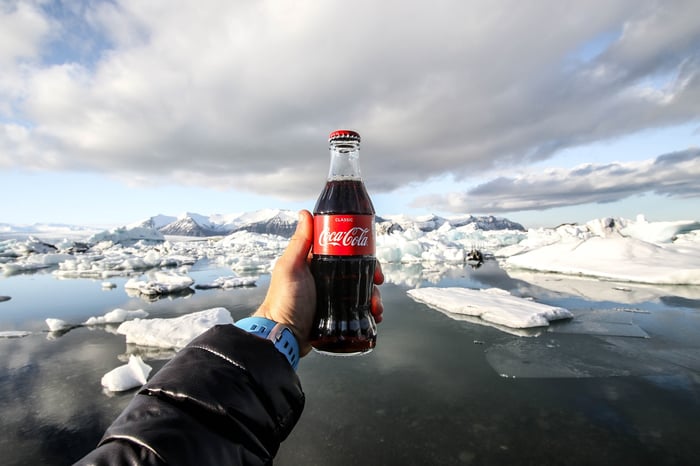 Over the past few decades, Coca-Cola diversified its business beyond carbonated drinks with bottled water, juices, teas, and energy drinks. But its namesake cola and other carbonated drinks still generate a large portion of revenue.

That's troubling, because soda consumption is dropping across many major markets. Soda consumption hit a 31-year low in the U.S. last year, according to industry tracker Beverage Digest, indicating that even low-sugar and sugar-free versions aren't impressing customers.

Certain sugar-free sodas, like Coca-Cola Zero Sugar, gained ground in Europe, the Middle East, Africa, and Latin America, according to Coca-Cola's latest quarterly report, but rising sales across many of those regions were offset by currency headwinds. That's why analysts expect Coca-Cola's reported revenue and earnings to respectively fall 16% and 1% this year. 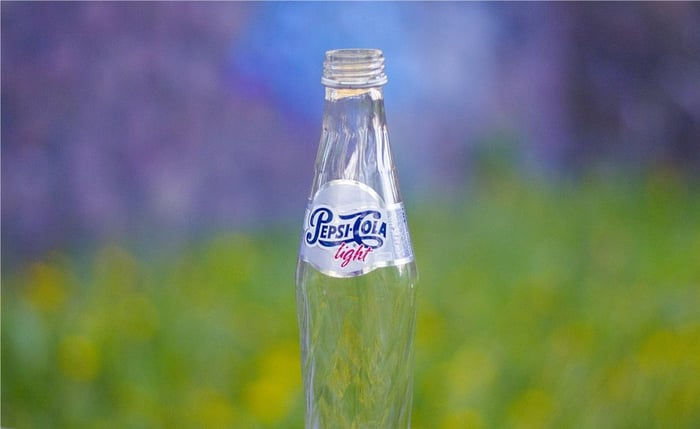 Wall Street expects PepsiCo's better diversified business to boost its revenue and earnings by 1% and 6% respectively  this year. PepsiCo expects its organic revenue to rise at least 3%, which could exceed Coca-Cola's expectations for 3% organic growth this year.

PepsiCo's forward dividend yield of 2.7% is lower than Coca-Cola's yield, but it is also a Dividend Aristocrat that's hiked its payout annually for over four decades. However, PepsiCo spends a more sustainable amount of its earnings and free cash flow on its dividend than Coca-Cola.

Over the past 12 months, Coca-Cola spent 111% of its earnings and 73% of its free cash flow on dividends. It's unlikely that Coca-Cola will slash its dividend (since its FCF still covers those payments), but the high payout ratios shows how badly sluggish soda sales and macro challenges in certain markets have dented its bottom-line growth.

During that same period, PepsiCo spent just 64% of its earnings and 66% of its FCF on its dividend payments. So PepsiCo could offer bigger year-over-year hikes than Coca-Cola.

Shares of Coca-Cola have rallied 10% this year, narrowly outperforming the S&P 500's 9% gain. But that rally seems fueled by investors pivoting toward defensive income plays instead of Coca-Cola's fundamental growth.

As a result, Coca-Cola now trades at 48 times earnings, which is much higher than the industry P/E of 33 for soft drink makers. PepsiCo trades at just 25 times earnings -- making it the more sensible play for a frothy market.

Coca-Cola isn't a terrible long-term investment, since it grew its net operating revenues from $24 billion to $42 billion between fiscal 2006 and 2016. Its annual net income jumped from $5.1 billion to $6.5 billion during that period, and the stock rallied nearly 70% over the past decade.

But Coca-Cola is an aging company with weak growth, overheated payout ratios, and a high P/E ratio. Plenty of other Dividend Aristocrats, like PepsiCo, offer much better growth at a lower valuation.