Out of all the traditional retail businesses in the U.S., Costco Wholesale (NASDAQ:COST) is considered by many to be best in class. The warehouse-club chain has delivered impressive growth for more than three decades, earning long-term investors a fortune along the way.

On that note, here are the three reasons Costco's stock could fall in the years ahead. 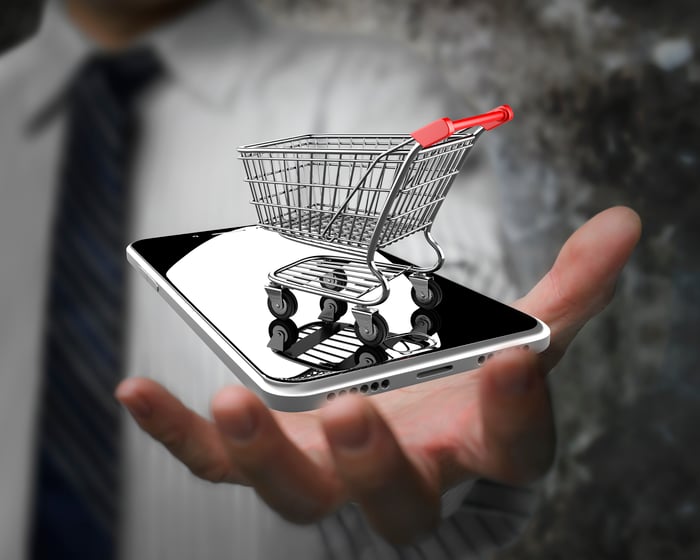 1. The rise of e-commerce

With the increasing convenience of online ordering, it's becoming harder to lure shoppers into stores. Costco fares better here than most retailers, with its reputation for low prices, free samples, and treasure hunt-like shopping experience. Still, it's kind of like owning the nicest home in a bad neighborhood. Eventually, the value of Costco's business will fall if more people abandon traditional in-store shopping trips and move their purchases online.

So far, Costco's sales and profits have been insulated from this trend; membership and comparable store sales growth remain on solid ground. Yet this may be part of the problem. Because of Costco's tremendous in-store success, management has been reluctant to invest heavily to build out the retailer's e-commerce operations. As a result, Costco's website is widely considered to be substandard to other big-box retailers such as Wal-Mart (NYSE:WMT), Target (NYSE:TGT), and Best Buy (NYSE:BBY). Moreover, Costco's e-commerce sales make up only about 4% of its total revenue, and its online sales growth has trailed that of its major rivals by a wide margin. 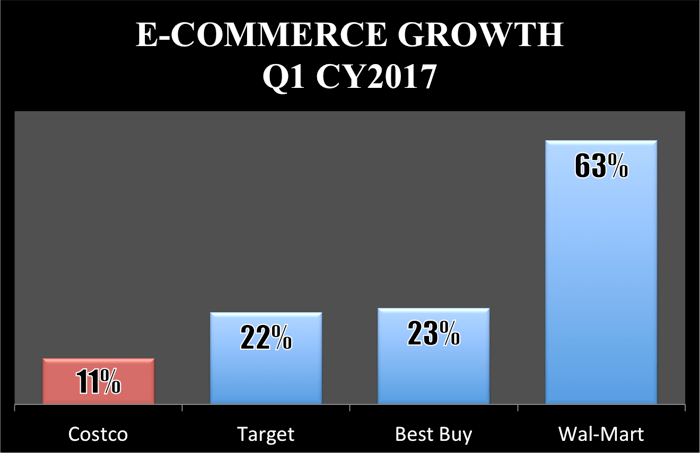 E-commerce juggernaut Amazon.com (NASDAQ:AMZN) poses an even more dangerous threat to Costco's store-based business model. Costco has long enjoyed scale advantages over many rival retailers, which it uses to acquire goods from suppliers at rock-bottom prices. It then passes on these savings to its customers, which drives membership growth and retention. Unfortunately for Costco, Amazon has grown into a titan that can match -- and even exceed -- its scale.

Like Costco, Amazon is notorious for being willing to sacrifice profit margin in order to grow sales and market share. And Amazon Prime is very similar to Costco's membership program, though at $99 per year it's cheaper than Costco's top tier executive membership, which costs $120 annually. Amazon Prime also offers services -- such as online video and music streaming, unlimited photo storage, and free two-day shipping -- that many people find more valuable than what's currently included in a Costco membership.

Perhaps most troubling is that about half of Costco's customers are also Amazon Prime members, according to shopper data analytics company Kantar Retail, up from 14% five years ago. If Amazon continues to aggressively expand its Prime member perks at a pace faster than Costco can match, it's possible that many consumers may decide to ditch their Costco memberships and remain only Prime members. That would be devastating to Costco's business.

2. A new threat in groceries

Costco's shares got hit on the news, with investors fearing that the deal signified Amazon's intent to expand aggressively into a segment that accounts for more than a third of Costco's sales. And when Amazon enters a new industry, value destruction tends to follow for the incumbents.

Despite these challenges, Costco's stock remains richly priced. Shares are currently trading at a forward price-to-earnings ratio of more than 26 based on analysts' estimates for fiscal 2017. With Costco projected to grow earnings at an annualized rate of about 10.5% over the next half-decade, the stock's price-to-earnings-to-growth ratio, or PEG, of more than 2.5 is well above the 1.0 that's widely considered to represent bargain territory. Moreover, Costco's forward P/E is substantially higher than that of its peers. 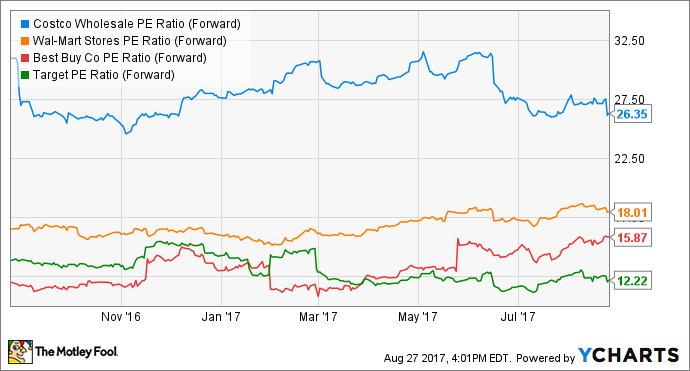 If investors start to believe that Costco's competitive position is weakening, they may begin to value its stock at a level more in line with its competitors. As an example, if Costco's forward price-to-earnings ratio was to fall to 18 -- a level matching Wal-Mart's forward P/E but still well above Best Buy's and Target's ratios -- its stock price would plunge more than 30%. Such a situation could result in violent losses for shareholders, if the premium investors have so far been willing to pay for Costco's stock quickly disappears.