Mae West once said, "Too much of a good thing can be wonderful."

The late actress wasn't referring to investing, but her sentiment is still applicable. It makes sense to buy more shares of stocks that present the greatest opportunities. Legendary investor Warren Buffett, who has also quoted Mae West in the past, expressed it well: "When it’s raining gold, reach for a bucket, not a thimble."

One biotech stock that is a good thing, in my view, is Celgene (NASDAQ:CELG), which I think could metaphorically "rain gold" over the next several years. Here's why you can back up the truck and load up on Celgene stock. 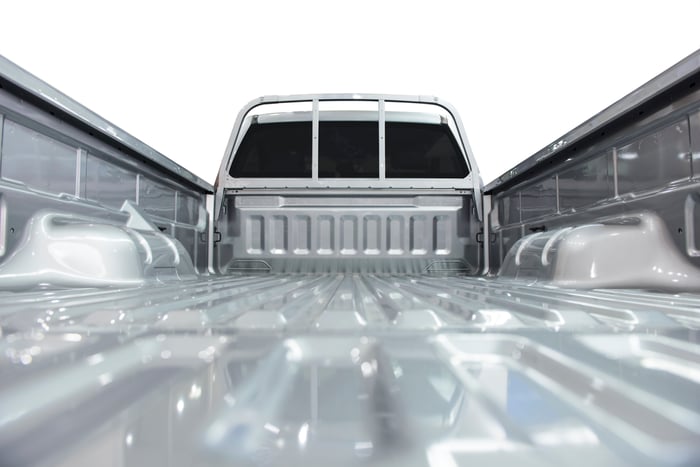 The three most prevalent types of blood cancer are leukemia, lymphoma, and myeloma. Nearly 1.3 million Americans have one of these forms of cancer. Close to 200,000 new cases are diagnosed in the U.S. each year. And Celgene stands as the clear leader in treating blood cancer.

Revlimid made nearly $7 billion last year and is on track to generate in the ballpark of $8 billion in 2017. Market research firm EvaluatePharma predicts that Revlimid will be the top-selling cancer drug in the world in 2022, with sales totaling more than $14 billion. The drug is currently approved for treating multiple myeloma, myelodysplastic syndromes (MDS), and mantle cell lymphoma. Celgene hopes to secure approvals for additional MDS and lymphoma indications in the next few years.

Joining Revlimid in Celgene's current blood cancer lineup are Pomalyst, Vidaza, Istodax, Thalomid, and recently approved Idhifa. Pomalyst is by far the biggest moneymaker of the group, generating sales of $1.3 billion last year. Sales for the multiple myeloma drug are growing even faster than Revlimid's, with a 27.5% year-over-year revenue jump in the first half of 2017 for Pomalyst, compared with 19.7% growth for Revlimid.

Better yet, Celgene's pipeline includes several candidates that should extend the biotech's position in the blood cancer market. High on that list is luspatercept, which is being evaluated in late-stage studies targeting MDS and beta-thalassemia. Celgene thinks the experimental drug could reach peak sales of more than $2 billion if approved.

Celgene isn't just focused on blood cancer, though. The biotech has quickly become a major player in the inflammation and immunology area.

Otezla is currently Celgene's fastest-growing drug of all. The drug is approved for treating psoriasis and psoriatic arthritis. Otezla generated more than $1 billion in revenue in 2016 and could reach annual sales more than double that amount in the coming years with expansion in international markets and the potential for approval in new indications.

Three inflammation and immunology pipeline candidates could join Otezla in the not-too-distant future. Celgene hopes to win approval for ozanimod in 2018 for treating relapsing multiple sclerosis. Ozanimod is also in a late-stage study targeting treatment of ulcerative colitis and in a phase 2 study for Crohn's disease. Mongersen (GED-0301) is also being evaluated in studies for both of these indications. In addition, Celgene is studying CC-220 in treating systemic lupus erythematosus (SLE).

Celgene believes that all three drugs could be mega-blockbusters. Ozanimod could reach peak annual sales of more than $4 billion if approved for all targeted indications -- and possibly as much as $6 billion.

Potential growth in blood cancer and in inflammation and immunology would be enough to make Celgene an appealing stock to buy. However, there are even more reasons to like Celgene.

The biotech currently has one solid-tumor drug, Abraxane, which is knocking on the door of the $1 billion sales mark. Celgene has a couple of pipeline candidates that could also be blockbuster solid-tumor treatments in the coming years -- CC-486 and marizomab.

Celgene's research-and-development strategy includes both an internal and external focus. Acute myeloid leukemia (AML) drug Idhifa stemmed from the company's partnership with small biotech Agios (NASDAQ:AGIO). The two companies are also collaborating on an early-stage AML candidate. Several of Celgene's other pipeline candidates are partnered programs. Ozanimod came from Celgene's 2015 acquisition of Receptos. Expect the company to continue to fuel growth through use of partnerships and acquisitions.

Thanks to its strong product lineup and pipeline, Celgene expects to grow earnings by 22% over the next few years. That level of growth seems quite attainable, in my opinion. Celgene stock currently trades at less than 15 times expected earnings. Factoring in the company's growth prospects, the biotech sports one of the most attractive valuations in the healthcare sector.

As I said, back up the truck and load up. I think you'll be glad you did in a few years.