Hedge fund manager Bill Ackman is one of the most closely followed activist investors in the world, known for his hands-on investment style. Ackman has made some investments in recent years, such as Fannie Mae, Freddie Mac, Valeant Pharmaceuticals, and a rather outspoken short position in Herbalife, that have gotten widespread media attention. However, you may not be familiar with the largest current investments in Ackman-led Pershing Square's portfolio, or Ackman's intentions with each.

Pershing Square's stake in Automatic Data Processing (NASDAQ:ADP), better known as ADP, was acquired quickly and recently. The stake was first reported in late July by people familiar with the situation, and the hedge fund's 8.3% stake in ADP was officially revealed in mid-August in its most recent SEC filings. 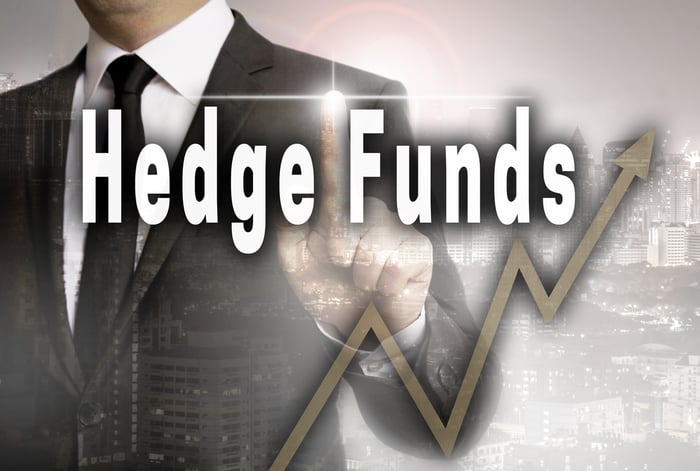 Like many of Ackman's investments, the billionaire acquired his ADP stake to push for changes at the company. Ackman is asking for three board seats, and may try to change the company's leadership.

In a recent presentation (link opens a PDF) and webcast, Ackman made the case that ADP should be making much more money than it is, saying that "ADP's margins are vastly below what they should be." Ackman also said that ADP's stock price could more than double within five years to $221 if the right improvements are made. If Ackman is correct, he and Pershing Square's investors could be in for a big payday.

However, the move shouldn't be interpreted as a negative outlook from Ackman on the company. Simply put, the sale represented a portfolio management move -- the stock had risen by 28% in 2017 and had become too large, according to reports.

Pershing Square first invested in Burger King in 2012, which later merged with Tim Hortons to create Restaurant Brands International. Since Ackman's initial investment, shares are up 71%. However, comments from recent months indicate that Ackman still has a bullish view on the company. An April presentation from Pershing Square said the stock "remains a compelling long-term investment." Ackman is in good company -- Warren Buffett's Berkshire Hathaway conglomerate is also a major investor in the business.

Unlike Restaurant Brands International, Chipotle Mexican Grill (NYSE:CMG) has not been a big winner for Ackman and Pershing's investors. The roughly 10% stake in Chipotle was acquired in September 2016, nearly one year ago, for $1.2 billion, with Ackman paying $418 per share.

At the time, it seemed like a reasonable thesis. Chipotle was putting its 2015 E. coli scare behind it, and shares had already fallen by about 44% from their all-time high of nearly $760. In regard to the Chipotle investment, Ackman said he invested because the food was better than that of its competitors and that the company still had lots of room to grow. He also said it's "a good time to buy a great business is when it is in temporary trouble."

Well, since Pershing Square made its investment, Chipotle is down another 25% to its lowest level in more than four years on renewed fears about food safety. A turnaround in Chipotle could be a big win for Ackman, but so far, it hasn't been one of Pershing's best investments.