Please ensure Javascript is enabled for purposes of website accessibility
Log In Help Join The Motley Fool
Free Article Join Over 1 Million Premium Members And Get More In-Depth Stock Guidance and Research
By Brian Stoffel - Aug 28, 2017 at 6:03AM

Here are three things you can evaluate right now to find the next home run stock.

My Foolish colleague Jeremy Bowman recently wrote a great article on three reasons for the amazing performance of Amazon (AMZN 1.12%), Tesla (TSLA -0.89%), and Netflix (NFLX -1.37%) stocks. It boiled down to:

Jeremy proved beyond a shadow of a doubt that all three of those things exist at these companies. And yet, after I read it, I thought: I'm not sure how great these criteria are at helping investors pick the next Tesla, Amazon, or Netflix. 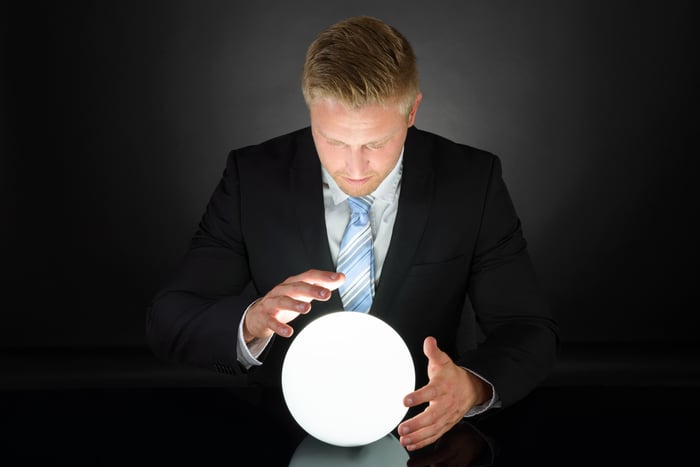 But can it help you find the next home run stock? Image source: Getty Images

I'm in full agreement that strong revenue growth is a vital predictor of future success. But the first two points from Jeremy -- visionary leaders and huge total addressable markets (TAMs) -- were troublesome to me.

Hindsight bias and the creeping insidiousness of commoditization

How do we define a "visionary leader"? All too often, I'm afraid, it's a title handed out after the fact. It's easy to call Jeff Bezos (Amazon), Elon Musk (Tesla), and Reed Hastings (Netflix) visionaries now, but how much of that is unconsciously based on their amazing success?

I worry we might be defining "visionary" by whatever led to that success -- we are putting the cart before the horse. In reality, it only matters to investors if you were able to identify this visionary before it became evident to the rest of the world. While I agree with Jeremy that all three of these men are visionary, that fact has only become clear to me through their actions -- that is, after the fact.

My second problem is that a huge TAM -- while a tempting tidbit to investigate -- often leads to one of the most destructive biases in investing: the narrative fallacy. Because we humans love to make sense of the world through stories, we salivate at the thought of a huge TAM. "Here's exactly how company X is going to dominate this industry," we tell ourselves, extrapolating into the future.

But just because there's a huge market doesn't mean any one company will win from it. Commoditization can derail the theory. Commoditization is a wonderful force for consumers, lowering the prices of things we need and want, but it's terrible for companies, who engage in a race to the bottom in terms of pricing.

In fact, the best investments ever are actually in shrinking industries where a few companies have wide moats, allowing them to dominate (more on that below).

But this isn't just about biases or investing sob stories. I also want to share how I believe you could find the next Tesla, Netflix, or Amazon. It comes down to three simple things -- I call them the three Ms.

Here's a look at the mission statements for Amazon and Tesla.

Netflix doesn't have an official "mission statement," which is disappointing, but it does have an entire page devoted to its long-term view, which ends with what I believe is the company's mission: "offering an amazing entertainment experience."

For long-term investors, understanding a company's moat is the most important undertaking. If a company has a wide moat, customers will keep coming back year after year, and the competition will be floundering for decades. Moats can come in various shapes and sizes. Here's what Tesla, Amazon, and Netflix have had for over five years now.

Netflix had an efficient system for getting movies out in the mail quickly, back before there was streaming, and when the company shifted to streaming, its moat increased as the data it had on viewing patterns gave it the upper hand at the bargaining table with content producers. And when the company started producing original content, many of its offerings were hits, and enhanced the Netflix brand. Finally, the company has what I consider to be a sneaky "anti-moat": the price is low and payments are automatic, so someone would need a really good reason to leave the company.

Tesla's moat comes from both its brand -- the reservations for the Model 3 alone speak to that reality -- and its attempts at vertical integration through its Gigafactories, which produce batteries. Once complete, the company should have lower input costs than the competition, offering a meaningful cost advantage.

Amazon has a host of forces giving it a huge moat. Its network of global fulfillment centers is unmatched in providing quick delivery. Amazon Prime offers the type of value that's impossible for anyone else to profitably offer. And Fullfillment by Amazon, which packs and ships products for sellers and handles customer service and returns, is booming.

No matter the format, all of these are factors that have long given these three the upper hand on competition.

Perhaps the most under-appreciated thing about these three companies is the fact that there are many ways for them to accomplish their missions -- noted as "optionality" in the first point.

Amazon started out as a book seller, but has transitioned into e-commerce, shipping, content creation and distribution, cloud hosting, and groceries -- and who knows what's next?

Netflix was famously able to pivot from DVDs to streaming because it embraced optionality by testing streaming back in 2007. That ended up being a saving grace for the company.

And for those that still think Tesla is just a car company, the recent acquisition of Solar City and the company's focus on energy storage devices outside of cars should serve as evidence that there are a number of different directions this company could take.

The bottom line is this: if we're looking for the next Amazon, Tesla, or Netflix, I think combining revenue growth with the three Ms above -- a simple, inspirational, and optionable mission; a wide moat; and evidence of optionality toward multiple futures -- will greatly increase the chances of nabbing a 10-bagger for our own portfolios.