Warren Buffett has done an astounding job creating value for investors in his holding company, Berkshire Hathaway (NYSE:BRK.A)(NYSE:BRK.B), over the years. In fact, since taking over the company more than 50 years ago, he has more than doubled the average annual return of the market. One way he has done that is by using it to invest in great companies that he's held for years, letting them compound value for his investors.

Three companies that Buffett currently believes will keep that trend going are Apple (NASDAQ:AAPL), IBM (NYSE:IBM), and Phillips 66 (NYSE:PSX), which are among Berkshire's 10 largest holdings. Here's what makes them great stocks for Buffett fans to own, according to our Foolish investors. 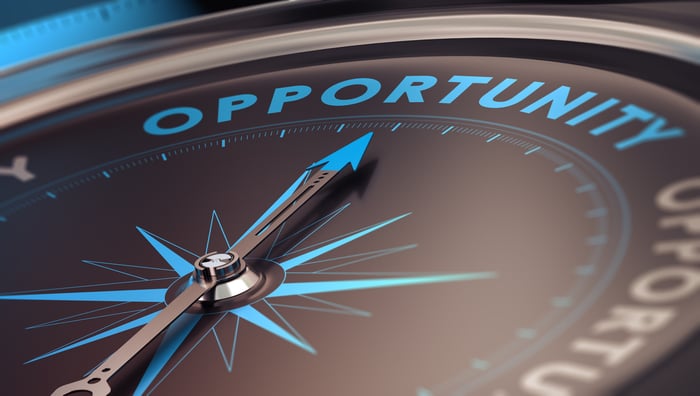 Buffett may not have made the call, but that shouldn't matter

Brian Stoffel (Apple): Between the Oracle of Omaha and me, our portfolios have only one company that overlaps: Apple. But that's OK, because I think the stock is a great option for Buffett fans.

While Buffett may not have made the decision to purchase shares -- in fact, it was probably one of the investors he's grooming to take the helm at Berkshire Hathaway -- it shares a number of characteristics he loves.

While Apple is certainly fragile against the onslaught of commoditization in the tech industry, it is buffeted (see what I did there!) by one of the strongest brands in the world. Forbes estimates that it's the strongest in the world, valued at $170 billion. This is vital, because it means the brand resonates so strongly with customers that they're willing to pay hefty premiums for Apple's products versus the competition.

Furthermore, the company is flush with cash. Currently, it has over a quarter-trillion dollars on the balance sheet, versus "just" $89 billion in long-term debt. Furthermore, it generated $52 billion in free cash flow over the past 12 months but used just 24% to pay its dividend, which is currently yielding 1.6%. Throw in there the fact that shares are trading for a very fair 16 times free cash flow, and I think you have a Buffett stock that's definitely worth owning.

Tim Brugger (IBM): Much was made of Buffett's selling approximately a third of his holdings in IBM earlier this year. So why does IBM warrant a spot on a list of stocks for Buffett fans?

Even after the sell-off, IBM remains one  of Berkshire's largest holdings, and now would be an ideal time to buy back those shares, following its recent decline in value. At just 12 times past earnings, and a meager 10 times future  earnings, IBM is a screaming value, which limits its downside risk at these levels. Toss in IBM's 4.2% dividend yield, and income investors should join their value brethren in giving its stock a close look.

Last quarter was a tough one for IBM, but not necessarily because of its ongoing total revenue declines. Yes, total sales  fell 5% to $19.3 billion last quarter, but it was the slowing growth of IBM's strategic imperatives unit -- the focus of its transformation -- that was a bit concerning. However, a 15% jump in quarterly cloud revenue to $3.9 billion and a 30% increase in service sales has IBM tracking a $15.1 billion annual cloud run rate, one of the industry's best.

Lost in the hoopla surrounding IBM's total revenue was its decline in operating expenses again last quarter by over $300 million to $6.35 billion, and overhead is down 11% for the year. IBM requires some patience, but limited risk, outstanding income, and a transition to burgeoning markets makes it a sound alternative for Buffett fans.

Energize your portfolio with this Buffett favorite

Matt DiLallo (Phillips 66): Energy manufacturing and logistics giant Phillips 66 is one of Buffett's largest holdings. It's currently the seventh biggest position in Berkshire Hathaway's portfolio, which owns more than 80 million shares valued at roughly $6.7 billion. That stake equates to about 15.7% of the company's outstanding shares, making Buffett the largest shareholder.

One of the draws of Phillips 66 is its diversification. Not only is it one of the country's largest independent refiners but it's also a leading chemical manufacturer, and it operates a growing midstream business. That's worth noting, because the chemical and midstream businesses have helped keep the company in the black during a challenging refining market over the past year. Further, both offer more growth opportunities than refining, which the company doesn't see growing in the years ahead.

Another benefit of Phillips 66's diversified asset base is that it throws off a steady stream of cash flow, giving the company ample money to allocate toward high-return chemical and midstream growth projects as well as buybacks and the dividend. Those cash returns to investors have added up over the years, with the company doling out more than $13 billion to shareholders since 2012. That has helped the company significantly outpace the market, delivering a nearly 200% total return over the past five years, which is more than double the total return of the S&P 500. Meanwhile, with several growth projects coming down the pipeline, Phillips 66 has the potential to continue outperforming, which is why Buffett fans should consider joining him in holding shares of this exceptionally well-managed energy giant.