Chinese online travel agency (OTA) Ctrip.com (NASDAQ:TCOM) reported earnings Wednesday night, and they showed the company continues to eat up large swaths of the growing market for travel in China. The company's forecast, however, calls for slower growth.

While that was inevitable on some level, the question now becomes: How quickly will growth slow, and how much will widening margins help make up the difference? 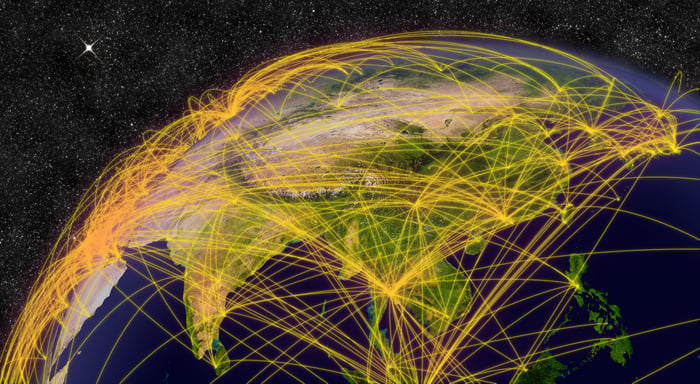 Before we get into answering those questions, it's worth looking at the headline numbers.

Clearly, there's still a lot of positive momentum. The company was able to grow earnings at such an impressive clip because of marked improvement in operating leverage. Gross profit margins expanded by over 1,000 basis points, to 82.5%. And while revenue jumped 44%, non-GAAP operating expenses rallied just 35%, to $607 million.

If we break it down by operating segment, we can see that the real strength came from the company's transportation division.

The growth in the last three segments was almost entirely organic, while transportation benefited from the acquisition of Skyscanner, which closed at the end of last year.

For the coming quarter, management expects revenue to grow between 35% and 40%. To put those growth rates in perspective, look at how the company has performed over the past 10 quarters.

The major jump in 2016 coincides with the company's acquisition of Qunar. While there may very well be acquisitions in the future, the focus is definitely shifting. Sales growth is still important, but there's little doubt that Ctrip will continue to benefit from the network effects of being the top dog OTA in China.

Instead, many will now be looking to see if Ctrip's dominant online presence, combined with its franchise offline model, can create the type of profit margins that we currently see in Priceline, which hovered at almost 24% last quarter -- and significantly ahead of Ctrip's 18%.