Boeing and Airbus are working on developing autonomous aircraft -- and Airbus expects to have a market-ready demonstrator flying by 2020.

It's quite well known that driverless cars and trucks are in the fast lane en route to commercialization. However, it's probably flying under many investors' radars that several companies, notably aerospace giants Airbus (EADSY -2.20%) and Boeing (BA 0.13%), are working on developing pilotless planes.

As with autonomous autos and trucks, advances in sensors and artificial intelligence (AI) are making the development of self-flying aircraft possible. Notably, graphics-chip maker NVIDIA (NVDA 1.51%) is one company to watch on the AI end. 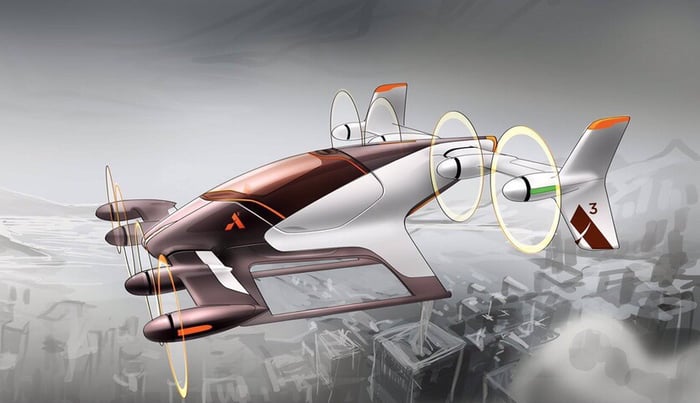 Boeing hasn't said much about its exploration of self-flying aircraft, other than announcing at the Paris Air Show in June that it plans to test autonomous technology in an aircraft next year. Its European competitor Airbus, however, has made public quite a bit of information about its plans in this realm.

Airbus' A3 (pronounced "A-cubed") unit in Silicon Valley is developing an all-electric autonomous air taxi for shuttling up to two passengers or cargo between San Francisco and San Jose, California. Ultimately, Airbus envisions its air taxis operating along heavily traveled urban routes around the world. With its Vahana project, which started in early 2016, Airbus aims to make the first certified passenger aircraft without a pilot. The company's goals include flying a full-size prototype before the end of 2017, and flying a commercializable demonstrator by 2020.

The electric air taxi will reportedly have a flight range of about 100 kilometers, or about 62 miles, and be able to reach speeds of up to about 240 kilometers per hour, or just under 150 miles per hour. So the flight between San Francisco and San Jose -- which is about 42 miles in a straight line -- should take roughly 20 minutes. That congested commute by auto can often take 1.5 hours or longer, while the train trip runs about an hour.

Great, you might say, but how much is it going to cost? Arne Stoschek, head of autonomous systems at Airbus A3, said the cost of operating an air taxi is likely to be about $175 per flying hour, or about a third of the cost of operating a modern helicopter, according to an NVIDIA blog post about Stoschek's talk at the company's GPU Technology Conference in May.

As you'd expect from an aircraft designed for traveling short distances in urban areas, no airport is needed. Thanks to the aircraft's rotating wings, the propellers can be aligned vertically for takeoff and landing, and horizontally for flight. The Vahana team envisions air taxis landing on heliports atop buildings or parking structures, with each air taxi requiring a landing area the size of about two parking spaces.

While there are some similarities between developing driverless cars and pilotless planes, the latter involves a greater challenge with respect to obstacle detection and avoidance. While in flight, these aircraft and the objects they must avoid -- such as other aircraft and big birds in flight -- are moving at much greater speeds than their counterparts on the ground. So objects must be detected from much greater distances. Driverless trucks face similar challenges -- they may not be moving faster than cars, but their heavier weights mean stopping times are longer. 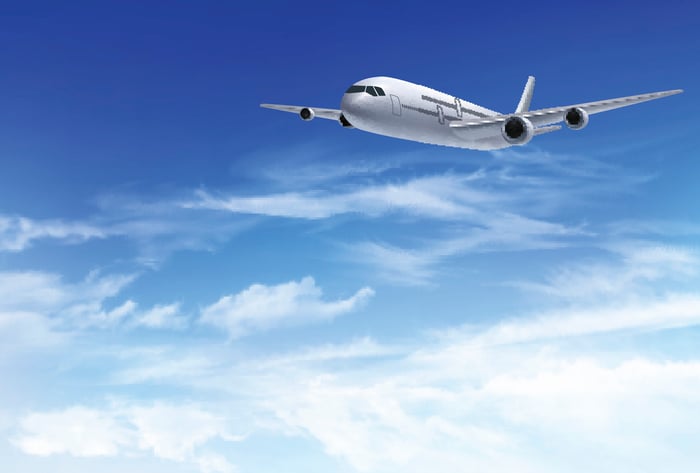 How to invest in pilotless planes

It's too early to tell which company or companies will build the AI tech that will end up in commercialized self-flying aircraft. However, we do know that Airbus is using graphics processing units (GPUs) in its development efforts, according to the NVIDIA blog post mentioned above. Given that NVIDIA's GPU-based deep-learning approach to AI is being rapidly embraced for driverless car and truck applications, it seems very likely to me that Airbus is developing its autonomous aircraft with NVIDIA's GPUs. To be clear, this is speculation on my part, though it's very educated speculation. So keep an eye out for NVIDIA's products not just in the driverless car and truck spaces, but also with respect to pilotless planes and other autonomous modes of transportation.