Please ensure Javascript is enabled for purposes of website accessibility
Log In Help Join The Motley Fool
Free Article Join Over 1 Million Premium Members And Get More In-Depth Stock Guidance and Research
By Leo Sun - Sep 1, 2017 at 11:00AM

The networking giant can throw a lot of cash at its problems -- but only if U.S. taxes are lowered.

When investors think of Cisco (CSCO -0.81%), they probably think of a dull, mature tech company that barely generates any growth with its aging businesses of routers and switches. They'd be partly right -- Cisco's revenue fell 2.5% last year, and analysts anticipate just 0.3% growth this year.

Some bulls believe that the growth of Cisco's cybersecurity unit can eventually boost its revenues again, but that business grew just 3% last quarter. However, fewer bulls focus on Cisco's growing war chest, which has amassed enough cash to make significant changes to the company's core business. 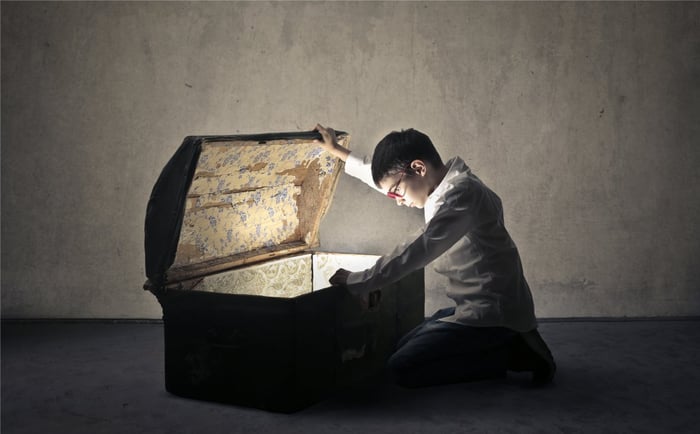 How big is Cisco's war chest?

Cisco's cash, cash equivalents, and investments rose 3.7% annually to $70.5 billion last quarter. But here's the catch -- just $3 billion of that total was kept in the United States. Like many multinational companies, Cisco keeps the majority of its cash overseas because it would get hit by the U.S corporate tax rate of 35% upon repatriation.

Keeping most of its cash overseas isn't ideal, since Cisco can't use it for domestic acquisitions, buybacks, or dividends. But it also hasn't hurt Cisco yet, since it generated $12.9 billion in free cash flow over the past 12 months. 28% of that total was spent on buybacks, and 43% went toward dividends, leaving Cisco with plenty of cash to pursue additional acquisitions. That's why it acquired (or agreed to acquire) over a dozen companies since the beginning of 2016.

How does Cisco generate so much cash?

Cisco's revenue growth has stayed practically flat over the past three years, but it kept boosting its bottom line growth with layoffs and restructuring efforts: 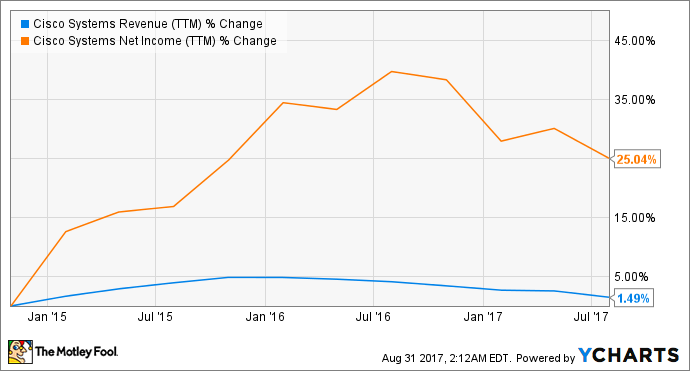 That's why analysts expect Cisco's earnings (which are further boosted by buybacks) to grow 1.7% this year, even as its revenue growth remains flat. It's easy to measure the impact of those reduced expenses on its operating margins during that period: 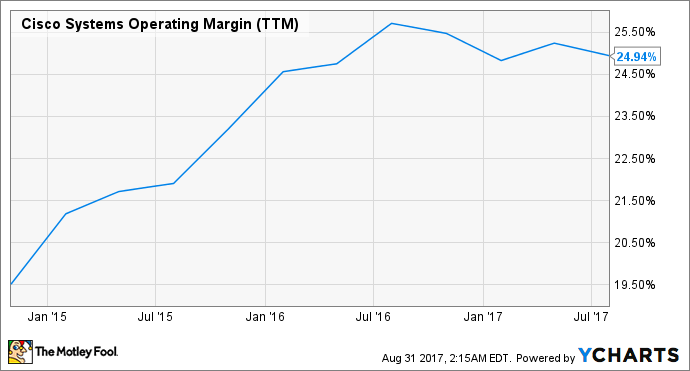 The bears will likely claim that Cisco is just treading water with this strategy, and that it will eventually need to grow its revenues again. That's where Cisco's war chest comes into play.

The Trump Administration previously proposed a one-time 10% tax on repatriated cash. House Republicans proposed an even lower rate of 8.75% on all foreign earnings held as cash, and a 3.5% cash on all other foreign income. If these proposals are passed, Cisco could bring most of its overseas cash back home -- which could be a game changer for the company's future.

Cisco already has enough free cash flow to cover its buybacks and dividends, so bringing most of its cash home would enable it to gobble up some bigger companies. I'd imagine that Arista Networks (ANET 2.94%), Juniper Networks (JNPR 0.43%), and FireEye (MNDT 0.09%) could all be on that shopping list. 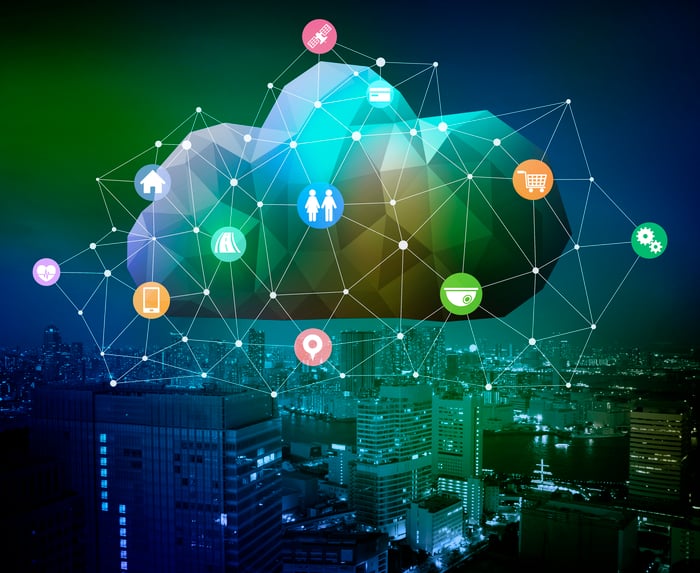 Arista Networks, which has a market cap of about $13 billion, sells multilayer switches and open-source software for generic "white box" networking hardware. It also aims to replace all routers with cloud-based software alternatives. Arista's growth is encouraging companies to use cheaper generic hardware, which cripples Cisco's ability to sell networking hardware and software bundles.

Cisco is well aware of this threat -- that's why it repeatedly sued Arista to block sales of its products, and even formed a so-called "Tiger Team" to challenge Arista. But those efforts didn't prevent Arista's share of the switching market from rising from 3.9% to 5.1% between the first quarters of 2016 and 2017 according to IDC. During that period, Cisco's share of that market fell from 59% to 55.1%, and its share of the routing market fell from 48.8% to 43.9%.

Juniper -- which respectively controlled 4.3% and 15.6% of the switching and routing markets -- is another potential target, since its market shares grew in both markets as Cisco's declined. Its $10.5 billion market cap makes it an even smaller takeover target than Arista. To expand its security business, Cisco could buy smaller cybersecurity firms like FireEye, a $2.7 billion threat detection company which it was reportedly interested in acquiring last year.

But can Cisco ever unlock its war chest?

If Cisco repatriates its cash, the tantalizing possibilities would likely lure back a lot of investors. Unfortunately, it's unclear if the Trump Administration and Republicans can push through those changes -- which means Cisco could keep treading water for the foreseeable future.