Shares of J.C. Penney (OTC:JCPN.Q) fell 28.5% in the month of August, according to data provided by S&P Global Market Intelligence, after the department store chain announced a bigger-than-expected loss for its latest quarter.

To be sure, J.C. Penney stock fell almost 17% on Aug. 11, 2017 alone -- the first trading day after the company announced that net sales had climbed a modest 1.5% year over year to $2.962 billion, which translated to a GAAP net loss of $62 million, or $0.20 per share. On an adjusted (non-GAAP) basis, which adds perspective by excluding things like restructuring expenses, J.C. Penney's net loss was $28 million, or $0.09 per share. But either way, Wall Street was expecting lower revenue of $2.84 billion to result in a significantly narrower adjusted net loss of $0.05 per share. 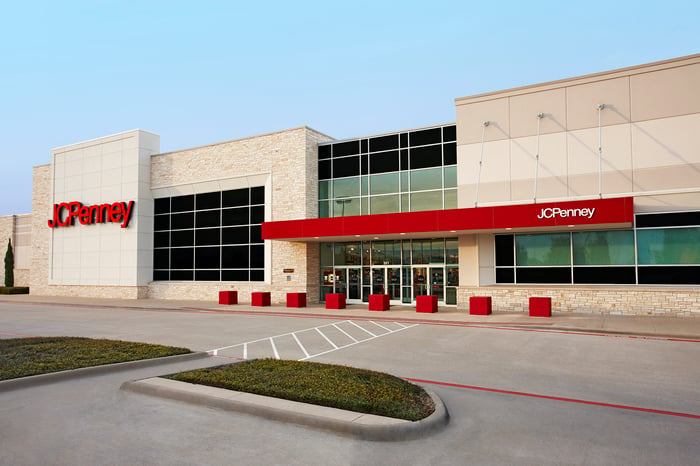 That said, J.C. Penney chairman and CEO Marvin Ellison noted that profitability was primarily held back by liquidated inventory in 127 closing stores -- per the company's previously announced plans to do so.

"These events were isolated to the second quarter," Ellison elaborated. "As such, we are reaffirming our EPS guidance for the year, and remain confident in our ability to further strengthen our balance sheet, while driving sustainable growth and long-term profitability for JCPenney."

Ellison also lauded a "strong start" to the crucial back-to-school season, and predicted improved operational performance for the duration of the year.

At the same time, J.C. Penney has plenty of work to do before it reclaims sustained profitability. So I'm hesitant to believe that a brief period of strength -- and one driven by the start of a seasonal event, at that -- is enough for investors to call a bottom for this beleaguered retailer in today's increasingly competitive environment. As such, despite J.C. Penney's optimism, I'd rather continue to watch its progress from the sidelines for now.