Shares of Fred's, Inc. (NASDAQ:FRED) had a wild run Wednesday morning popping more than 20% at one point, before settling for a 10% gain in share price as of 11:45 a.m. EDT, after the company reported its second-quarter results and naming Heath Freeman to Chairman of the Board.

Fred's, an operation of more than 600 pharmacy and general merchandise stores, reported a loss of $29.5 million during its fiscal second quarter, but the results did manage to top analysts' estimates giving its stock price a small boost. Its top-line revenue checked in at $507.8 million, which narrowly topped estimates calling for $507.4 million and its adjusted earnings per share checked in at a loss of $0.15, $0.04 better than analysts' calling for a loss of $0.19 per share. It was also a positive sign for investors that comparable store sales posted the best result in the past year, declining only 0.3% during the second quarter compared to a more significant 2% during the prior year's second quarter. 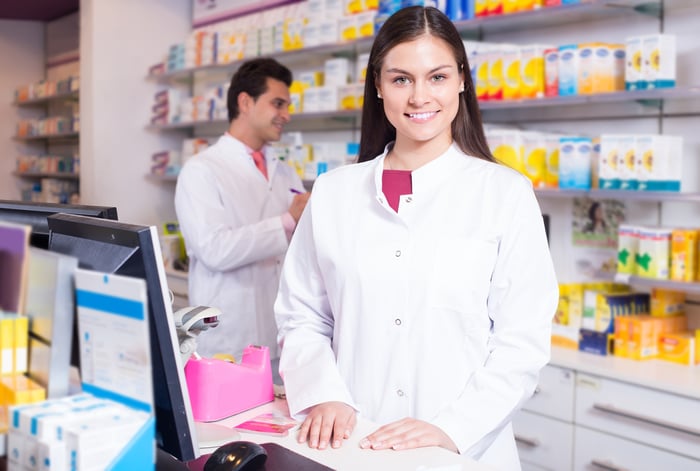 The other development that could have helped support Fred's rising stock price on Wednesday was the appointment of Heath Freeman to replace Thomas J. Tashjian, who is retiring. "Heath brings significant retail, turnaround, and financial expertise and we determined that as Chairman, Heath will bring invaluable insights and experience as the Company continues to execute its turnaround strategy," said Michael K. Bloom, CEO and a member of the board, in a press release. 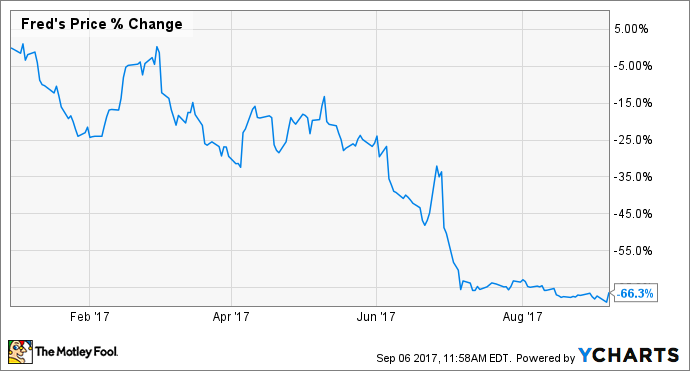 With the stock down sharply year to date, 2017 has been a year to forget for Fred's investors. It's not surprising that even a small beat on quarterly earnings -- even though the company still reported a loss -- was enough to propel its stock higher, especially if investors think Freeman can bring a skill set that can help turn the business around and revive sales.