Thursday was a tough day on Wall Street, but it could have been worse if the market hadn't managed to climb back from its lowest levels of the day. A big plunge in technology stocks renewed concerns about the sustainability of the bull market, sending major benchmarks plunging around midday. Yet over the final hours of trading, stocks bounced back to some extent, leaving the S&P 500 and Dow Jones Industrials with losses of less than 1%. Nevertheless, some companies in particular got hit hard, and Pier 1 Imports (OTC:PIRRQ), Fred's (NASDAQ:FRED), and Physicians Realty Trust (NYSE:DOC) were among the worst performers on the day. Below, we'll look more closely at these stocks to tell you why they did so poorly.

Shares of Pier 1 Imports lost 8% after the company reported sluggish results in its fiscal first-quarter financial report. Revenue fell 2% on a 0.2% drop in comparable sales from year-ago levels, and that led to a net loss of $3 million, or $0.04 per share. Pier 1 also expects only modest growth in the current quarter and for the remainder of the fiscal year, including flat to 2% gains in comps in the fiscal second quarter and a rise of 1% to 2% in full-year comps. New CEO Alasdair James admitted that "while we've shown operational improvement for several quarters, there is still much to be done to build the business to its full potential." With sales having lagged below expectations for some time, Pier 1 needs to get shoppers into its stores in order to see its stock fully recover. 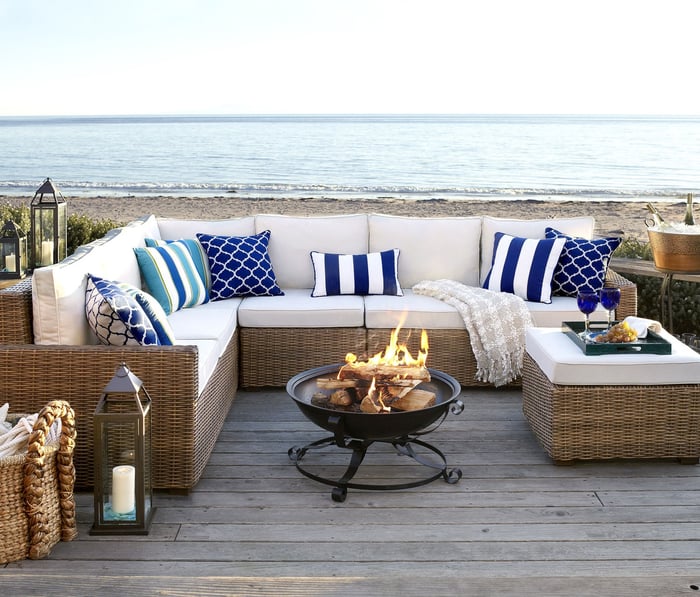 Fred's gets left at the altar

Fred's stock plunged 23% in the wake of the decision of Rite Aid and Walgreens Boots Alliance to scale back their proposed acquisition dramatically. The original plan had been for the two drugstore chains to do a complete merger and then have Fred's buy as many as 1,200 stores in order to satisfy any antitrust concerns among regulators. Yet instead, the drugstore chains settled on an asset purchase agreement involving almost 2,200 stores, with cash payment of $5.175 billion and no need to involve Fred's in the discussion. After the decline, Fred's is trading near its lowest levels of the past decade, and the aspiring drugstore operator will have to rethink its corporate strategy going forward in order to find a new direction without hundreds of new store locations.

Finally, shares of Physicians Realty Trust dropped more than 7%. The real estate investment trust that specializes in healthcare facilities and related properties said late Wednesday that it would offer 20 million shares at $20.40 per share, representing a nearly 5% discount to where the stock had closed earlier that afternoon. The proceeds will go toward partially financing Physicians Realty's purchase of 18 medical office facilities for $735 million, which the REIT also announced on Wednesday. The purchase adds 1.8 million square feet to Physicians Realty's portfolio, including the prestigious Baylor Cancer Center in Dallas. Even though the deals help to enhance the value and quality of the REIT's portfolio, Physicians Realty investors focused on the dilutive impact of the massive offering, which added about 13% to the REIT's outstanding share count.