Citing undervalued share prices and a need to pay down debt balances, Windstream slashed its dividend payouts all the way down to zero and started up a $90 million share-buyback program.

"This is really the belief that at this point the equity is undervalued, and it has been," said CEO Tony Thomas in a conference call with Wall Street analysts. "We're confident that this is the right capital allocation policy for the company." 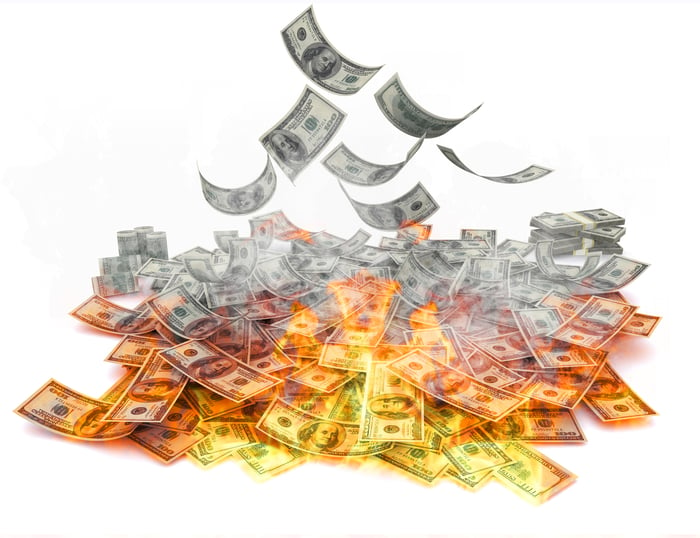 Investors did not agree with Windstream's capital strategy. The company's market cap fell from $700 million to $450 million overnight, and share prices have now plunged 70% lower in 2017 overall.

At these prices, Windstream's buyback program could repurchase 22% of the company's total market cap. Sounds nice, but the company must first come up with enough cash to follow through on that promise.

The extinguished dividend policy had consumed $65 million of Windstream's cash over the last four quarters, so the cancellation provides a little bit of breathing room. But at the same time, the company reported $134 million of negative free cash flows before reaching the dividend line item. The cash burn continues, with or without dividend payments, and Windstream only had $25 million of cash equivalents left at the end of the second quarter.

With no cash reserves and negative cash flows, it's going to be difficult to both reduce debt balances and buy back shares. The company is running out of capital in a hurry. This stock looks like a falling knife, and I don't want to catch it