Smartwatches, internet-connected thermostats, and smart home hubs like Amazon's Echo devices get lots of attention these days, but the Internet of Things (IoT) goes far beyond what we put on our wrists or how we set the temperature at home. The IoT is already connecting billions of previously unconnected devices to the internet, and this growing market is just getting started.

If you're an IoT skeptic then check out some of these Internet of Things stats that may just change the way you see this growing opportunity.

1. Measure this market in trillions, not billions.

Though estimates vary, most tech companies and research firms measure the IoT market size with trillion-dollar estimates. The latest IDC data shows that global spending for the Internet of Things will hit $1.29 trillion in 2020. 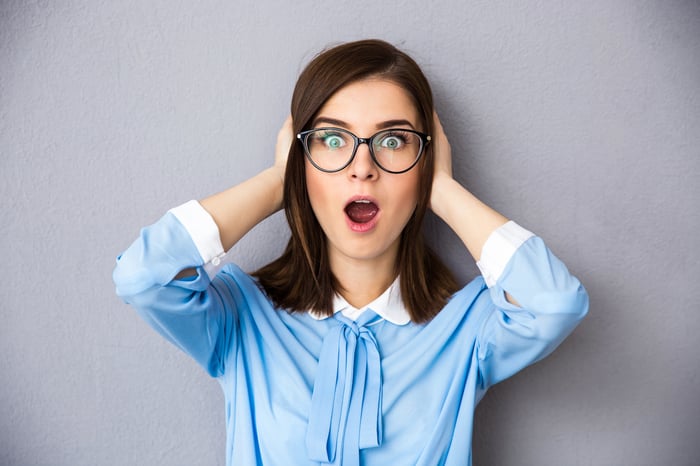 2. Connected devices are already all around us.

I mentioned smartwatches and thermostats earlier, but don't go thinking the IoT is all about consumer devices. Sierra Wireless (NASDAQ:SWIR) already connects millions of things (like industrial equipment) to the internet so that its customers can track vehicle fleets, keep track of cargo shipments, or help people recover stolen vehicles. Sierra's devices and software are just one part of the larger IoT, which will encompass 100 billion devices by 2021.

3. The IoT potential is no longer just theoretical.

Intel (NASDAQ:INTC) has turned its Internet of Things group -- which sells processors for manufacturing, automobiles, and other products -- into a $2.6 billion business just last year. Similarly, General Electric (NYSE:GE) earned $6 billion in revenue from its Predix software last year, which helps the company manage the Industrial Internet of Things (IIoT) equipment it sells to its customers, and it expects digital software sales to reach $12 billion by 2020.

4. The biggest IoT winners will likely be in the industrial sector.

The IIoT will be worth $195 billion by 2022, according to MarketsandMarkets, and industrial companies will benefit immensely from this shift by reducing equipment downtime and improving efficiency. Companies that provide both hardware and software for connecting all of that industrial equipment will benefit as well. For example, CalAmp (NASDAQ:CAMP) makes devices that connect and track some of Caterpillar's equipment, and it's becoming a major source of the company's revenue. Caterpillar brought in $9.9 million in revenue in CalAmp's first quarter, and the company expects current-year revenue from this one customer to grow by 10% to 20% year over year.

5. The IoT could become a significant part of the global economy.

Investors should keep in mind that smaller IoT players -- like Sierra Wireless and CalAmp -- have the most to gain from the IoT, but they're also more likely to be volatile investments. Both companies have a market cap shy of $700 million and this small size, mixed with big bets on the IoT, means that they're very dependent on the IoT's success.

Additionally, GE and other large companies that are investing heavily in the IoT still only make a fraction of their revenues from the IoT, so the gains that come directly from this market are likely to be far smaller, but more stable. Whether you choose small-cap IoT pure-plays or more stable players with less exposure, just remember that the Internet of Things has already arrived, it's making companies billions of dollars, and there's still time to benefit.