GoPro Inc. (NASDAQ:GPRO) told investors during its second-quarter earnings report last month that it expected revenue of $290 million to $310 million in the third quarter and gross margin of 36% to 38%. And the company still expected a loss on both a non-GAAP and GAAP basis.

That changed on Thursday when management said revenue and gross margin would be at the high end of expectations. GoPro even expects to be profitable on a non-GAAP basis (not on GAAP) in the third quarter, which bodes well for profitability in the second half of the year. 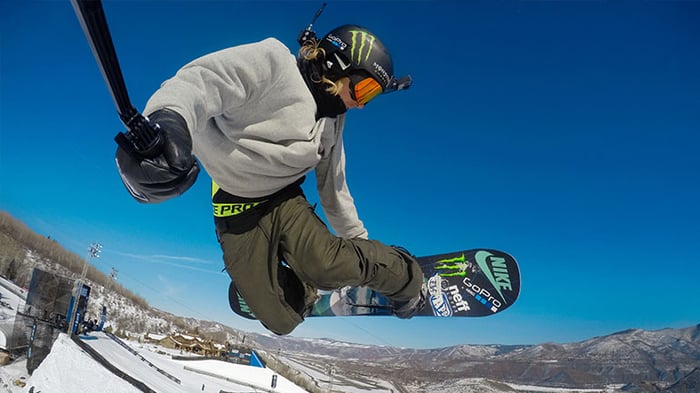 COO CJ Prober said on Thursday that GoPro expects double-digit revenue growth in 2017 and to be profitable on a non-GAAP basis. That's significant because it's a massive improvement from losing $201.2 million on a non-GAAP basis in 2016.

The Hero 5 camera and Karma are obviously seeing strong demand and that's what's driving these results. And it doesn't hurt that investor expectations had gotten extremely low after two straight disappointing years. But there's one thing that I think overshadowed a seemingly positive announcement -- and the market doesn't seem to be focusing on it at all.

Where are new products?

The third quarter may be better than expected and non-GAAP profitability in 2017 is huge, but if you look closely at GoPro's press release today, it indirectly said that new Hero 6 and Fusion cameras may be much later than investors would like. Both are "tracking for launch in 2017" with no details, launch event, or release date available.

For perspective, Hero 5 and Karma were announced on Sept. 19, 2016, and sales for the cameras started on Oct. 2, 2016. Even with those launch dates, management wasn't able to meet holiday demand, resulting in lost sales in the fourth quarter of last year. If new products are going to be launched even later this year, it's possible GoPro will miss most of the holiday shopping season. The fourth quarter accounted for nearly half of all of GoPro's revenue in 2016, so any delay of new products would be terrible for the business. And those sales may go to Samsung, Kodak, or Garmin (NASDAQ:GRMN), strengthening competitors. And remember that all three companies already have 360 cameras on the market, which is particularly concerning from Garmin because it already owns the GPS watch market for active sports enthusiasts.

A good, but not great, day for GoPro

As someone who likes (and owns) GoPro's stock, it's great to hear the company is exceeding guidance and is expecting non-GAAP profitability this year. But a cryptic announcement about the launch timeline of Hero 6 and Fusion should be concerning for all investors. These are, arguably, the most important products in the company's future and could define its trajectory and competitive position for years to come. If they miss the 2017 holiday season, the pop we're seeing in the stock today will be short-lived.