Shares of fertilizer producer Intrepid Potash (NYSE:IPI) soared over 22% last month after the company announced second-quarter 2017 earnings on the second day of the month. The stock popped in the next few days before sliding down. That may have been due to the fact that the second quarter performance wasn't all that great.

Nonetheless, Intrepid Potash shares resumed their climb in the last two weeks of August -- without much news -- to finish strong. That continued a year-long and much-anticipated recovery in the stock price, which has rewarded investors with 160% gains in the last year. Shares are still a far cry from historical levels of $20, however. 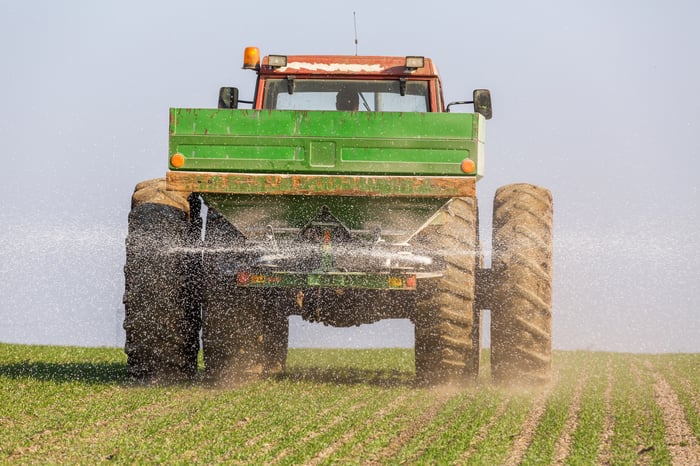 Why weren't second-quarter 2017 earnings that impressive? Investors cheered the improvement in operating margins as the focus on using solar-evaporation ponds for production has lived up to its promise of lowering product costs. But even with the year-over-year improvements, Intrepid Potash reported a significant operating loss in the first half of 2017. 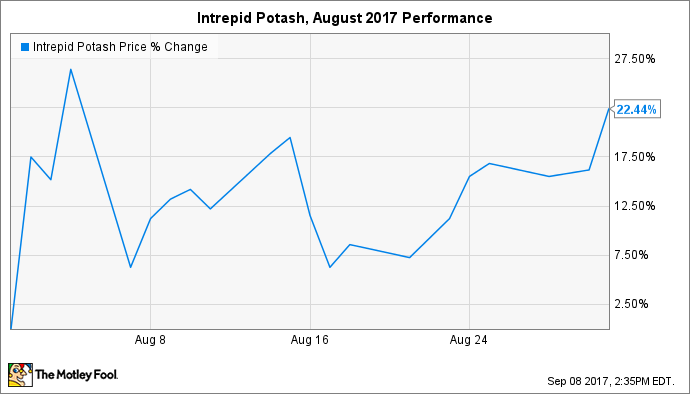 Although the balance sheet is healthier today than at this point last year, thanks to a massive focus on paying off debt, most of the funding came from newly issued shares, which has resulted in dilution of 37.5% in the last year alone.

Mr. Market thought the first-half 2017 performance was something to be rewarded. However, I think it begs the question of whether or not Intrepid Potash can even operate a profitable business in the current market environment in which selling prices remain pressured and near historically low levels. I don't see a very promising investment here.