Shares of The Cheesecake Factory (NASDAQ:CAKE) got sent back to the kitchen last month after the restaurant chain posted disappointing second-quarter earnings. According to data from S&P Global Market Intelligence, the stock finished August down 13%. 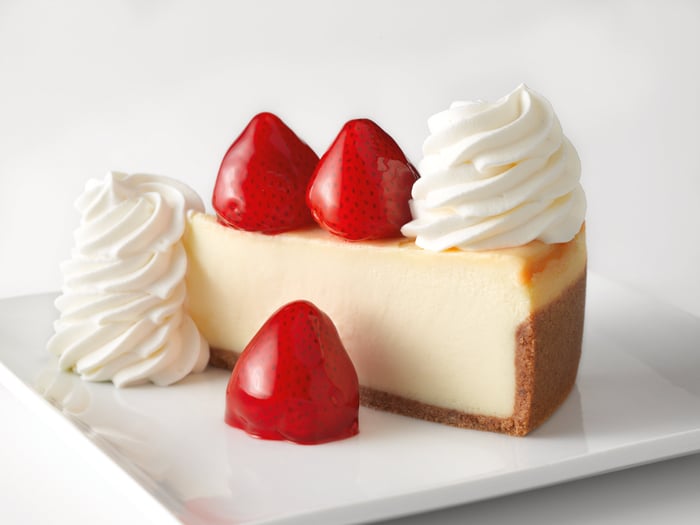 The stock fell 6.2% on Aug. 3 after its earnings release, and it continued to slide from there as the chart below shows. 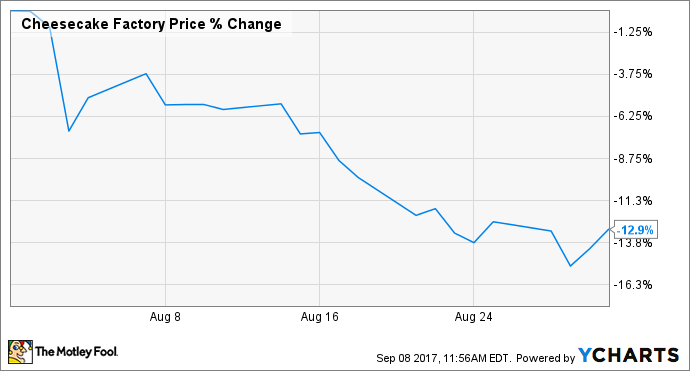 The casual dining chain actually beat analysts' bottom-line estimates in the quarter, with earnings per share of $0.78 -- even with results from a year ago, but better than the consensus expectation of $0.76.

However, revenue increased just 2% to $569.9 million, below the consensus for $570.3 million, and comparable sales slipped 0.5%. Management had previously warned that sales would be weak due in part to cooler weather in the Midwest and Northeast. "In spite of the softer sales, our operators effectively managed the business, maintaining solid restaurant margins to protect profitability,"  said CEO David Overton.

The company also lifted its quarterly dividend by 21%.

Blame for The Cheesecake Factory's recent share price slide may also be traced to the general malaise in the casual-dining industry, as many companies in the sector have fallen by double-digit percentages over the last three months. Cheesecake Factory is down 32% over that period.

The same-store sales decline broke a 28-quarter streak of increases, though a 0.5% pullback doesn't seem like a reason to panic. Cheesecake Factory did not offer guidance in the report, but the current quarter should test management's excuse about the weather. With a P/E ratio of just 13 now, I'd expect that the stock is near a bottom, if it hasn't hit one already.