In general, a lack of good news was responsible for the decline in shares of these three companies in August, including the release of quarterly earnings in late July and early August. 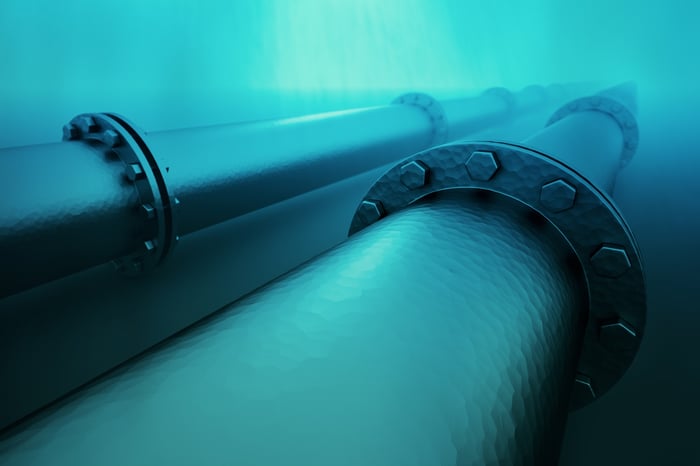 ENSCO reported earnings near the end of July, and the story was similar to Noble's in that it reported sequential and year-over-year deterioration in its revenue and operating results. However, while Noble reported an operating loss in the second quarter, ENSCO generated a $27 million operating profit.

Atwood Oceanics also reported weaker revenues sequentially and year over year, driven by the same trend as its peers: The end of drilling contracts during the quarter, without new work to replace it.

It feels like the hundredth time I've written these words, and they are still true: The rest of 2017 is probably going to be generally bad for offshore drillers. Oil and gas producers aren't deviating much at all from their capital spending budgets for 2017, and as we learned before the start of the year, offshore investment is almost assuredly going to be down yet again for the full year. There has been little new work to be had, and almost all of that new work is short-term extensions -- think a single well, or a few months of exploration -- of existing contracts.

But we have evidence that the spending freeze is thawing. ENSCO signed 12 new contracts during the second quarter, half of which were multiyear agreements. Other competitors have also secured long-term work in 2017, but it's important to note that the majority of the new long-term contracts signed this year are for activity that won't begin until next year, or even after.

For ENSCO -- and Atwood Oceanics, which has agreed to be acquired by ENSCO -- the future is tied to its ability to continue to ride out the downturn. This will be in part accomplished by relying on its $1 billion in cash and $2.25 billion available credit as a combined company, as well as plans to lower expenses by decommissioning its oldest, non-competitive vessels as they come off contract.

Noble, on the other hand, hasn't signed much new work this year, but this could be by design. The company has one of the best contract backlogs in the industry, which has helped it to remain cash-flow positive during almost every quarter of the downturn, and it also meant it hasn't had to race to the bottom to win contracts at barely cash-flow breakeven rates. That backlog won't last forever, but it has certainly allowed the company to ride out the worst offshore downturn in history.

Looking ahead at 2018 and beyond, the combined ENSCO/Atwood Oceanics and Noble Corp are both very likely to be able to ride out the downturn -- and be important players in the eventual recovery of offshore investment. And with shares trading for less than 20% of book value, I think patient investors willing to buy at these prices and ride out the downturn should do incredibly well.

The catch? The downturn should start to break next year. But as this downturn has reminded us multiple times already, it could also take even longer to bounce back. And the opportunity cost of having to wait even longer than expected for the upturn is a factor investors have to consider.