Shares of quick-turn circuit board manufacturer TTM Technologies (NASDAQ:TTMI) fell 18.1% in August, according to data from S&P Global Market Intelligence. After a huge run-up that had added 73% to the stock's value over the previous 52 weeks, TTM's momentum was punctured by a disappointing earnings report.

In the second quarter, TTM's revenues increased 4.2% year over year to stop at $627 million. Adjusted earnings rose 15% to $0.31 per share. Analysts had been expecting earnings closer to $0.35 per share on roughly $629 million in top-line sales, so TTM fell short on both counts. Management noted that these results would have landed near the top end of guidance if not for the U.S. dollar's weakening exchange rate versus currencies in the Far East.

Furthermore, management's guidance for the third quarter pointed to year-over-year revenue growth of just 1.3% and 18% lower earnings because a few key smartphone customers pushed their next flagship model releases closer to the end of the calendar year.

All told, TTM shares traded as much as 23% lower the next day. 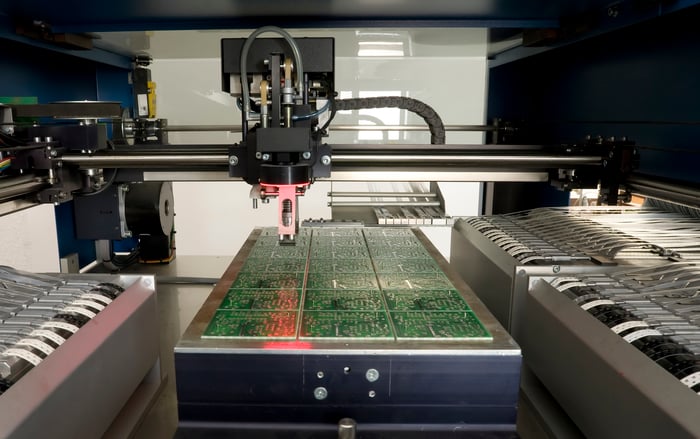 Several analysts called TTM's stock attractive at the low prices these modest results unlocked. The general message of these upgrades was that those smartphone launches were only delayed and not canceled, so there's no real harm done. Share prices recovered a bit thanks to these positive Street assessments, but TTM is still trading 24% below the multi-year highs that were set in late July.

And I'm not 100% sure the bullish analysts are correct. Order delays usually don't matter a whole lot, but it can be risky to move consumer product launches backward when the holiday season is just around the corner. Any further delays to that high-pressure schedule might make the new device miss out on the crucial holiday shopping period altogether.

So I'm content to sit on my hands here. This is neither an obvious winner nor a tremendously cheap stock, and August's plunge might have been the bucket of ice water that TTM's overheated shares needed. That itchy trigger finger for TTM's "buy" button will have to calm down until it's clear that the major smartphone makers have their holiday ducks in a row.