The last decade has been tumultuous for Citigroup (NYSE:C), which nearly failed in the financial crisis and has been focused on turning things around ever sense. But if the bank continues on its current course, its long-term shareholders could see impressive returns.

Over the past five years, Citigroup's book value per share, which heavily dictates a bank's share price over a long period of time, has increased on a year-over-year basis by a median of 5.4%. That won't make you rich overnight, but the returns will add up if given enough time to season.

Assuming that Citigroup's book value per share continues to grow at this rate, then the figure will double in 13 to 14 years. It'll then triple in 21 years and quadruple in 27 years. 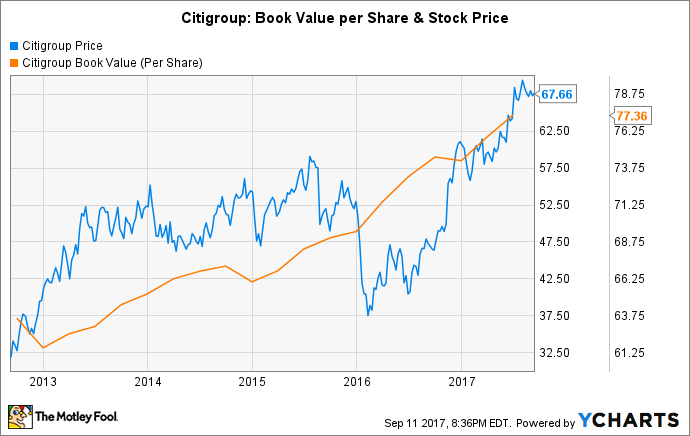 Predictions like this are inherently inaccurate, given how hard it is to predict the future. But if anything, in Citigroup's case, there are two reasons to believe that these forecasts underestimate the rate at which its shares will increase in value.

The first is Citigroup's dividend. Technically, a dividend doesn't directly impact a bank's stock price. However, there is an indirect impact, as higher-yielding stocks tend to trade at higher valuations given the demand from income-seeking investors.

More importantly, a stock's dividend impacts an investor's return. In Citigroup's case, its stock yields 1.2%. That's low compared to other banks, which tend to yield 2% or more, but it should continue to head up, as the New York-based bank ratchets up its payout following each year's stress tests.

Let's assume, for instance, that Citigroup's dividend yield mergers with the average, leaving the bank with a 2% yield. When you add this to the 5.4% growth rate in the bank's book value per share, this shortens the amount of time it takes for an investment in Citigroup to double in value to only 10 years. 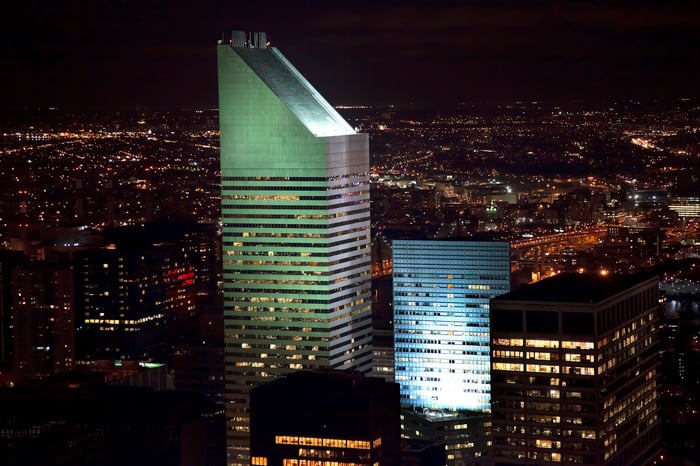 Another variable that will almost certainly reduce the amount of time that it will take an investment in Citigroup to double is the bank's current valuation.

Either way, the key for investors is that even modestly growing banks like Citigroup, which is the fourth-biggest bank in the country by assets, can produce large total returns (assuming they stay out of trouble) so long as you take a buy-and-hold approach to investing in them.

How Long Will It Take Citigroup's Stock to Double? @themotleyfool #stocks $C Next Article
Current