With the Federal Reserve meeting next week to decide whether to raise interest rates, it's worth reviewing Bank of America's (NYSE:BAC) latest interest rate sensitivity analysis. The nation's second-biggest bank by assets publishes these in its 10-Q, which public companies file each quarter with the Securities and Exchange Commission.

The ideal scenario for Bank of America is if both ends of the yield curve head higher, with the added net interest income swinging from $1 billion a year if only long-term rates rise, up to $3.2 billion if short-term rates climb as well.

It's important to appreciate that there's little chance of interest rates increasing in one fell swoop by 100 basis points. The more likely outcome is that the Federal Reserve will inch them up in increments of 25 basis points. 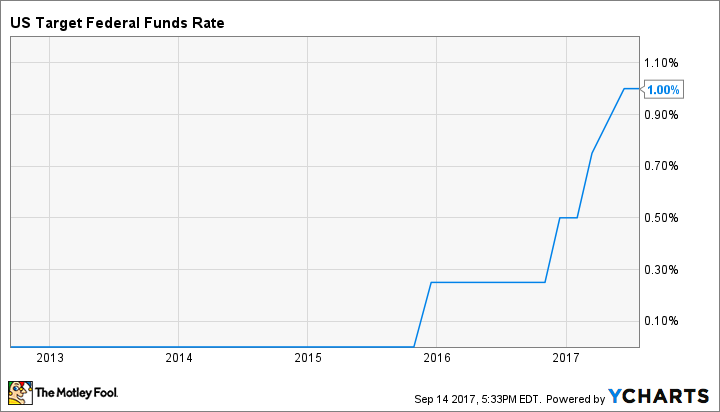 This is what the Fed has done over the past two years. At the end of 2015, it raised the fed funds rate, which is the primary short-term interest rate benchmark in the United States, for the first time since the financial crisis. It did so by 25 basis points.

The central bank then followed that up a year later, inching the fed funds rate up another 25 basis points at the end of last year. And since the beginning of this year, it has raised rates twice more, for a combined 50 basis points. 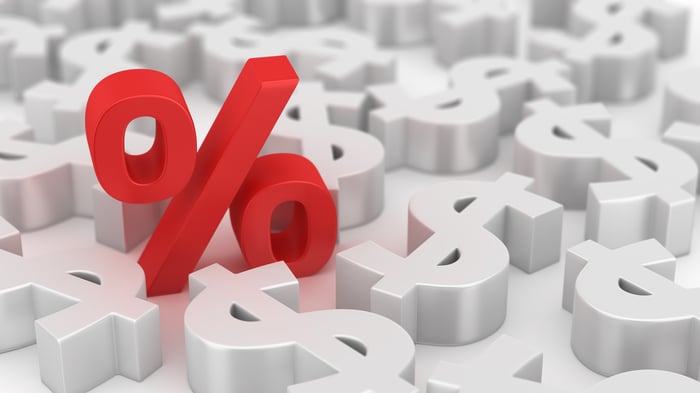 On top of this, there's no guarantee that the Fed will in fact raise rates at its meeting next week. The heavy odds are that it won't, with CME Group's FedWatch Tool showing a 98.6% probability that rates will stay where they are this month. That said, the odds in favor of a rate hike peak above 50% for the Fed's meeting in December.

Regardless of when it happens, however, it will be positive for Bank of America. And the same is true about the size of each interest rate increase. Larger is better than smaller, but smaller beats nothing at all.

How Much Will Higher Interest Rates Help Bank of America? @themotleyfool #stocks $BAC Next Article
Current