Executive management teams and shareholders sometimes see the world in widely different terms. The quotes above, taken from transcripts of recent company earnings conference calls, were in response to questions posed by investment analysts, who were questioning margin rate at each company. Margin rate, more commonly referred to as margin percent, or simply margin, refers to profitability expressed as a percentage of revenue.

The three major margin measurements typically calculated from an income statement are gross margin (how much of each revenue dollar is left after subtracting out the cost of goods sold), operating margin (the percentage profit generated from operations before considering items like interest expense and taxes), and profit margin (net income divided by total revenue).

Analysts, and the investors they represent, tend to obsess over margin rate, and how the various margin metrics are trending. CEOs and CFOs, however, focus first on a different concept. 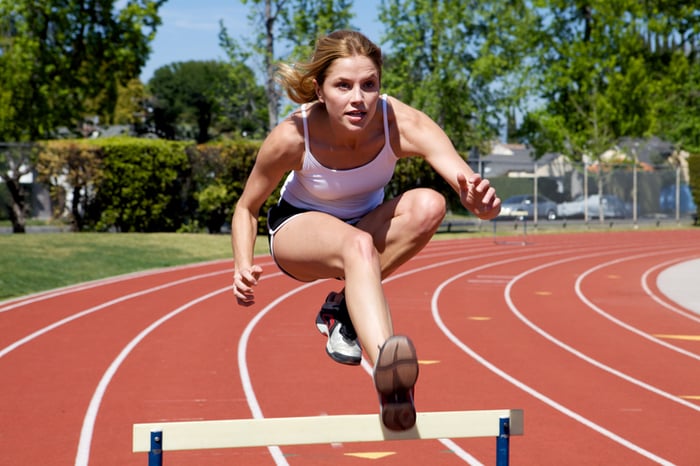 Margin dollars are a different animal than margin rate

Margin dollars, in contrast to the concept of margin rate, refer to absolute sums a company generates as recorded in the income statement. If you subtract Kroger's cost of goods sold of $21.6 billion dollars from its revenue of $27.6 billion in its most recently reported quarter, you're left with $6.0 billion dollars -- what CFO Mike Schlotman would refer to as "gross margin dollars."

If you run a company, your skin in the game is quite different than the passive investor's. A corporation's management must generate enough gross margin dollars to cover operating expenses, which aren't that variable. Rent, insurance, taxes, payroll, and other fixed charges create hurdles each month that a company is required to leap over without fail.

On top of this, an organization may have fixed obligations that don't even hit the income statement, like principal payments on debt. In addition, it might own quasi-fixed obligations -- like the expectation of a regular common stock dividend -- and have commitments for allocated capital expenditure, like production facilities, buildings, equipment, and the like.

If you were responsible for these expenses and obligations, you'd probably fixate on generating enough cash from operations to cover the sum total. In other words, you'd focus first on gross margin dollars rather than the gross margin percentage itself.

Thus, CFOs of some extremely large corporations aren't so worried about the immediate quarterly trend of gross margin or operating margin. They're willing to watch either of these rates decline for a stretch if it results in a higher sum of absolute dollars that can be reinvested into their businesses and/or returned to shareholders. After all, dollars reinvested wisely today will theoretically lead to higher margins down the road.

This is why, given the hypothetical choice that Brandon Pedersen, CFO of Alaska Air Group, sets up above, you'd trade the percentage point of margin decline for the higher margin dollars if you managed the airline.

Dollars are all important, yet investors want rate

As an investor, guess what? You'll take the rate. A company that consistently fails to improve margins accepts the onerous task of selling ever more widgets to create higher returns for shareholders.

From companies of the caliber of McDonald's, Alaska Air Group, and Kroger, investors expect, as a baseline, that all bills will be paid, investments in equipment will be undertaken, and dividend checks will be mailed out with steady annual increases. Often, shareholders expect that billions of dollars of shares also will be repurchased on the open market during the year. To an investor in a typical large-cap corporation, these are merely table stakes.

As for gross margin, operating margin, and profit margin? Those better rise steadily, as well, since share price needs to increase to keep shareholders from bailing on their investments.

It would be ludicrous to conjecture that CFOs don't care about rate and investors don't value margin dollars. But it's helpful to understand the basic divide.

I believe that being aware of it brings nuance to your understanding of certain situations. Sometimes, a company you've invested in doesn't seem to mind trading higher sales for lower profitability for a few quarters, even though analysts squawk and issue downgrades. There's often a substantive reason -- read the quarterly earnings transcript, or see if you can find coverage from Fool.com.

Finally, having two stakeholder groups that place different relative values on absolute earnings and margin percentages makes for healthy conflict within the income statement. In the highest-achieving companies, this spurs growth in both the dollar and the rate.