By now, most investors know that FedEx Corporation (NYSE:FDX) was hit by a malware attack earlier this year. The impact was significant, with a $300 million income hit to FedEx's newly acquired TNT Express business.

With that in mind, let's take a broad-based view at FedEx's fourth-quarter earnings.

TNT Express is now included within the FedEx express segment, so I've used the adjusted figures in the table. The reported express numbers include $88 million in TNT Express integration expenses.

The express segment still saw a dramatic fall in operating income, resulting from the cyberattack on TNT Express. According to FedEx CFO Alan Graf on the earnings call, "The net impact of the cyberattack on Q1 operating income was predominantly lost revenue, much of which dropped to the bottom line due to the fixed-cost nature of the TNT Network."

In addition, TNT Express was forced to use third parties to recover from the attack so it could continue to service customers -- and that further raised costs.

All told, express operating expenses increased 4.7% to $8.22 billion year on year, compared with a mere 2.3% revenue increase. That's somewhat disappointing, as the express segment was the star performer in the previous quarter. 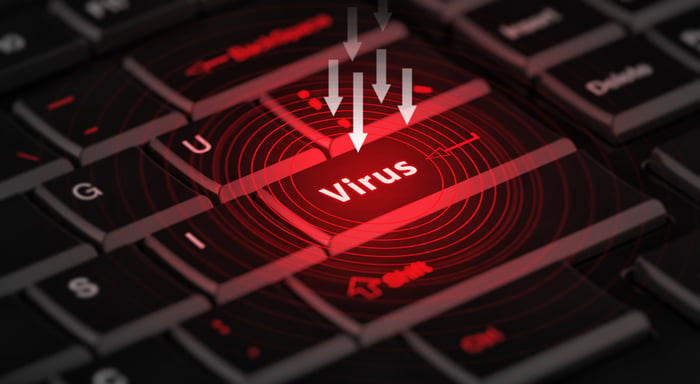 The end result of the cyberattack was a $0.79 reduction in diluted EPS in the quarter, and Hurricane Harvey was blamed for a further $0.02 EPS reduction. That's significant, considering adjusted diluted EPS was $2.51 in the quarter. Management was consequently forced to lower its full-year EPS forecast to a range of $11.05-$11.85 from a previous range of $12.45-$13.25. According to CEO Fred Smith on the earnings call, "Absent the cyber-terrorist attack on TNT Express, our annual guidance likely would have remained unchanged." For reference, these EPS figures exclude pension accounting adjustments.

However, despite the necessity to invest in IT infrastructure following the cyberattack, there was no change to the full-year capital spending forecast of $5.9 billion. FedEx's increased capital spending -- including a combination of express fleet modernization and ground automation and capacity expansion in 2018 -- is pressuring free cash flow generation.

In common with key rival United Parcel Service Inc. (NYSE:UPS), FedEx is seeing good demand from e-commerce deliveries, but also some margin pressure as the cost of servicing the growth goes up. Both companies have resorted to raising prices and are taking pricing measures to ensure productive growth. As such, management reiterated that a 4.9% increase in prices in all three segments will take place at the start of the new calendar year.

In the ground segment, FedEx managed to increase average daily packaging volume and yield, but a 9% increase in operating expenses came from "continued network expansion and staffing costs, higher purchased transportation expenses, and increased self-insurance reserves." The result was a 70-basis-point margin contraction. 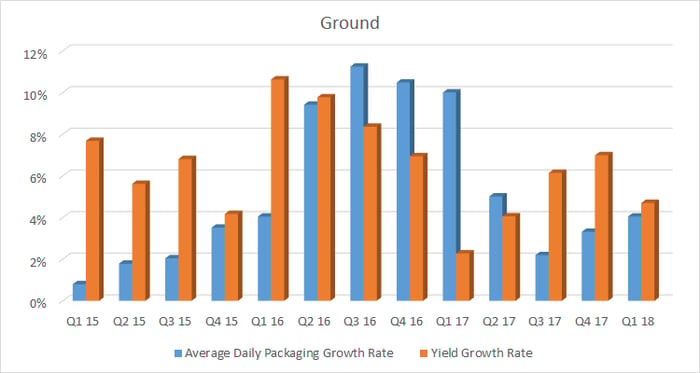 Finally, the freight segment reported a significant improvement in revenue and margin, helped by an improving industrial economy.

The financial hit from the cyberattack is obviously disappointing, particularly as it caused a reduction in full-year guidance. In addition, it took the shine off FedEx's ongoing integration of TNT Express. Meanwhile, the ground segment continues to generate volume and yield growth, but it needs to improve margin performance in the future.

All told, aside from the cyberattack issues, it was a pretty solid quarter of execution from FedEx.